Many hospitals to return to public ownership in Georgia

Many hospitals to return to public ownership in Georgia 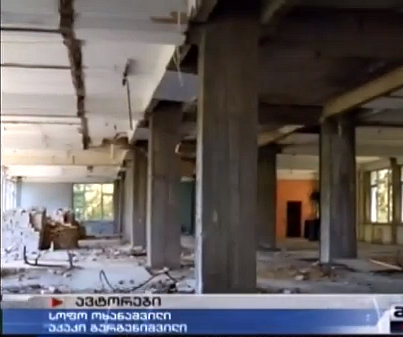 The Oncological Clinic in Tbilisi. (1tv.ge.)

TBILISI, DFWatch–Hospitals which are owned by Aditti, and the Oncological clinic in Tbilisi, will become government property, the Health Minister Davit Sergeenko says.

The Oncological center in Tbilisi was privatized and bought by Canadian Pegasus Pharmaceuticals Groups. According to the contract, the company was obliged to modernize the center. The modernization should have finished in May 2013, but very little was done.

The center’s director Revaz Gagua explains that the work to modernize the center has barely even started.

For two years the company only refurbished the facade of the clinic and changed windows. The company was obliged to fulfill USD 20 million investment into this clinic, but not more than half million was spent, according to the Health Ministry.

The ministry has canceled the contract with Pegasus and modernization work will start in fall. It will be finished in a year and a half, and up to USD 30 million will be allocated for it, according to preliminary information.

Hospitals which are owned by the Israeli company Aditti in nine regions of Georgia will also be returned to public ownership. Doctors at the Aditti hospitals last weekend protested because they haven’t received salary for six months.

Sergenko explained that the transfer process has started.

“It is not planned to massively change other medical facilities into municipal ownership,” he added.