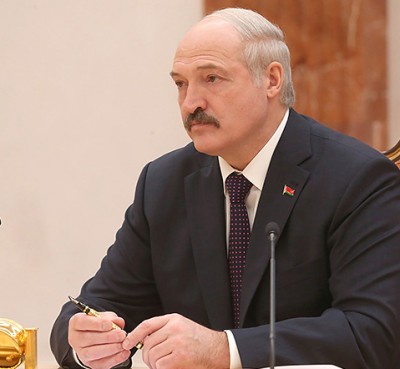 Tbilisi, DFWatch – President of Belarus, Alexander Lukashenko, is visiting Georgia for the first time ever on April 23-24 to meet his Georgian counterpart, Giorgi Margvelashvili, as well as the prime minister and other officials.

Mr Lukashenko’s visit to Georgia was planned back in February, when he first mentioned it publicly in the wake of the Minsk II negotiations over the crisis in Ukraine.

He said the visit was postponed several times, but finally a bilateral agreement was achieved about the timing.

A spokesperson for the Georgian Foreign Ministry told DF Watch that preparations are almost finished and Lukashenko will arrive in Tbilisi on April 23 for a two day visit.

His stay will include meetings with President Giorgi Margvelashvili and Prime Minister Irakli Garibashvili. The agenda of the visit is not yet fully prepared.

Lukashenko said the visit aims at deepening bilateral relations, while the Foreign Ministry spokesperson told DF Watch that it will be mostly focused on economic relations, as there are many Belarusian business leaders in Mr Lukashenko’s delegation.

Some political analysts consider it an important visit.

Khatuna Lagazidze, a political commentator, told DF Watch that she is first of all interested to know if the president of Belarus will come to Georgia as a president of an independent state or as a leader of a country that is a member of the Eurasian Union.

“[It would be interesting to know] whether he brings messages from Belarus or from the Russian government. This is the most important aspect of the visit and, I think, we shouldn’t waste time judging whether this man is a dictator or not,” Khatuna Lagazidze said.