Looking for loved ones in the prison of shame

Looking for loved ones in the prison of shame 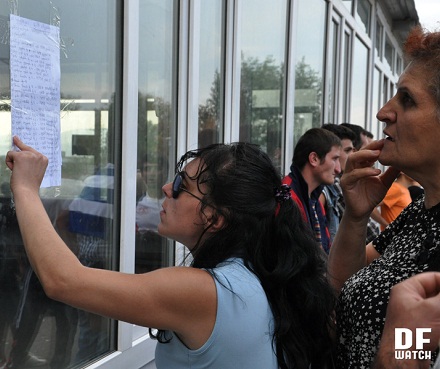 Day and night since the scandal broke, people with loved ones serving time in Gldani prison have been waiting for their turn to visit. (Photo: Mari Nikuradze.)

TBILISI, DFWatch – Galina Nemsitsveridze waited outside the entrance hall of Gldani prison on Friday, like hundreds of other people trying to see their sons and husbands.

Galina’s son was suspected of sexually abusing his future wife together with two persons and put in jail. The other two admitted to kidnapping the girl; he didn’t. They were released, and he was not, even though the girl’s lawyers at the trial presented neither medical findings, witness statements nor a proper argument to prove his guilt.

The mother says her son spent seven months in this prison and has been tortured. He couldn’t physically fight it anymore so at the trial he cut his own throat with a dagger. Fortunately, the doctors managed to save him. Now the mother tries to take his case to court once again to prove that her son is not guilty, in the midst of her struggle, a scandal hit Georgia: The media released horrifying footage of prisoner torture. The majority of cases took place at Gldani prison in Tbilisi, known as Prison Number 8.

Day and night since Tuesday, there have been crowds standing outside the entrance gate of the prison. The facility’s managements allows only short-term visits with prisoners for relatives and family members. They sign up and wait for their turn. The waiting lasts for several hours. Visits are scheduled during the night too. 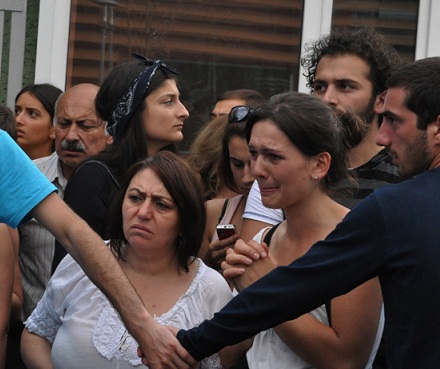 Cars keep arriving, bringing people not only from Tbilisi, but other regions of Georgia too. For the last three days there have been a number of cases women fainting due to nerves, hunger, and exhaustion after waiting at the gates to see their loved one.

Nino Arkania, sister of one of the prisoners, arrived by car at the prison on Friday. She jumped out of a car holding a broomstick and ran directly to the gates screaming and crying, calling out the name of her brother, and then she threw the broomstick inside the prison yard.

Broomsticks have become somewhat of a symbol during the last week’s protests against prisoner abuse. The reason is that one of the most scandalous videos shows this item being used to humiliate one of the prisoners.

Nino Arkania fainted. Other people, who were also waiting for their turn, supported her, some crying, another one also fainted, some bringing water.

Malkhaz Arkania, her brother, was arrested in 2011 suspected of possession of drugs. He was sentenced to seven years in jail. Arkania has said that during his imprisonment, guards have tortured him and demanded that he admit to participating in bombings between 2008 and 2010.

His lawyer also arrived today at Gldani prison quoting statements from his client that at the prison there was a so-called formula that if a prisoner didn’t agree to admit to a certain crime, he would first be forced to see the torture and rape of another prisoner, after which the same would be done to him.

“No one paid attention to us then. They blamed me and us, that we imagined and made up stories. How can a man make up story of being raped? But now everything will change, I hope,” he said.

Gldani district is almost on Tbilisi’s city limits. The prison is located in a deserted area, where there is no proper place to buy something to eat or drink. Some people brought apples in the afternoon. Almost every person was tired and hungry of waiting warmly accepting an apple to eat.

A small group of students and youngsters joined relatives in the morning and stayed there until night. Some of them took responsibility to become kind of leader having negotiations with people on the other side of gate.

When certain cars needed to enter or leave the area students demanded one of their representative together with a priest to check the car whether there are prisoners or something improper, like a weapon.

Soldiers asked to let the car with products leave the area as prisoners who were brought to the hospital needed to eat.

Earlier in the morning a list was attached near the gate of prison, which was a list of prisoners sent to hospitals.

People were crowding whether they could find names of their sons or husbands.

“In which building is your son?

Oh, my son is in third one and I seek for people, who may have their sons or husbands in the same building, but I cannot.

Neither do I find relatives of someone sitting with my son in the same building of this facility.”

After President Mikheil Saakashvili instructed police to enter Georgian prisons, up to ten policemen were on their duty at Prison 8 too. For the whole day their services weren’t necessary and they spent whole day sitting on a branch chair under small tree. 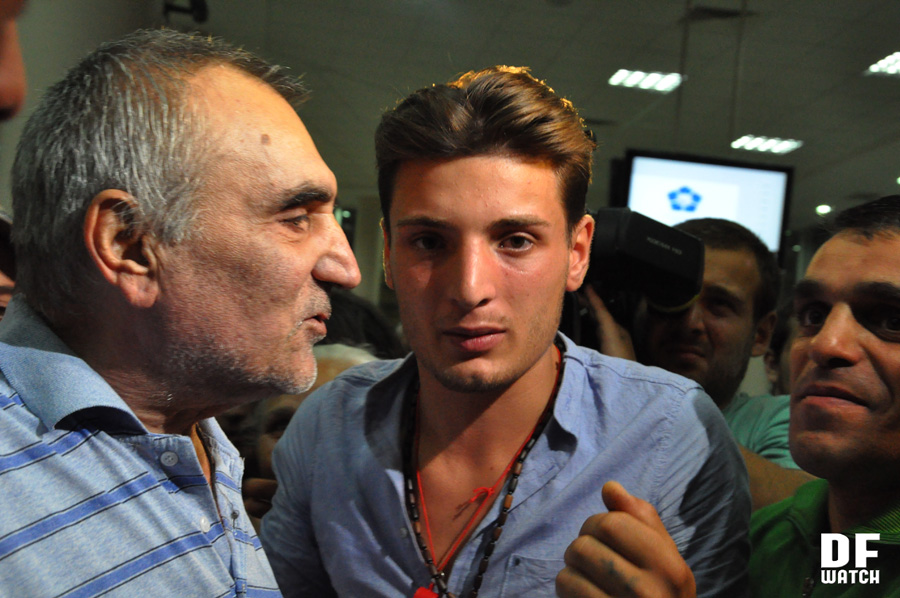 Nikoloz Parkua (left) was on Friday released due to health from Prison 8 (Photo: Mari Nikuradze)

Young Military Servants were instructed to stand a few meters away from the gate in order to help cars or people enter. They’ve never been employed at prisons, but due to their uniforms some people perceived them negative and started shouting, but the majority of people supported them and thanked them for their service.

“You did nothing wrong. It’s not your fault being instructed to be here,” one lady told them in a low voice. She offered apples to the hungry soldiers, but they weren’t allowed.

A sister of one of the prisoners received a sudden call from his brother from Prison 8. He begged his sister to leave and to stop waiting outside the gates, but she refused promising to wait as long as necessary.

Meanwhile a large truck with sirens approached the gates. Protesters jumped over it; some started kicking. The truck was let in. It brought back some prisoners from Tbilisi City Court after their trial.

Until truck entered the building to load off the prisoners it stopped, and guards opened a small window. Faces of prisoners weren’t seen, but their voice was heard from outside. Journalists popped up under this window asking questions.

“Have you been tortured lately?“

“By the prosecutor’s office.”

“Is violence used against you?”

“Take care after Prosecutor’s Office,” they repeated. The car was let in, journalists were left outside.

From time to time people were coming out of prison after visiting prisoners. All of them kept telling the same that prisoners feel way much better for the last few days, but there were permanent tortures before.

“He feels well now, he is very changed. They are very happy and thankful to all these people and they say they support them, but until all these happened, everyone was tortured,” Vika Bagdasarov said.

The other woman who didn’t wish to say her or her son’s name said she was told prisoners were beaten every day.

Late same night Nino Arkania returned from prison after finally seeing her brother. She said her brother has become very thin. But now he feels better.

“I saw him chewing gum. I was surprised and asked what was happening. He said latest days are calm. But he said that earlier before these days the light was never switched off making it impossible to sleep,” she says adding that her brother has completely changed. 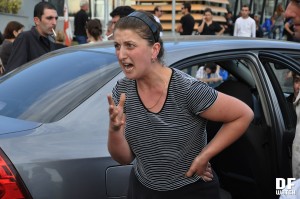 Nino Arkania was just about to leave when a crowd of people rushed towards the entrance of the prison: a prisoner was released.

Guards said they received order from the top and the reason was his health condition.

Nikoloz Parkua was sentenced to eleven years in jail. He served eight years. He looked pale and very sleepy, very weak to speak with journalists. He left and for a while Arkania had hope that his brother would also be released, but in a while she left.

In several minutes fireworks were seen over the prison, but no one knows who did it.

A man about 50 left territory of prison with us. He lives in Airport district, which is the other end of Tbilisi.

“They put my sun in prison from school desk. In several days he is turning 19. I come here every morning until night to manage to go back by last metro-train,” he said adding that he already has met his son, but will come here every day until these events finish to make sure prisoners are ok.

The visits continued. Most of the youth had left, but part of them stayed at prison deciding to stay until morning.