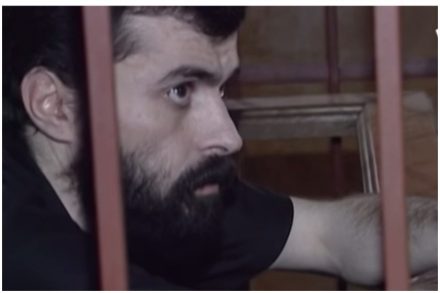 Marek Dudayev was shot three times in Artsevi, his native village near the breakaway capital Tskhinvali, local media reports. His body was found in a building housing the village culture center.

There is no verified information so far about what could have motivated the murder.

The murdered Marek Dudaev was an ethnic Ossetian with Chechen roots. In 2004, he was apprehended by Georgian special forces on territory controlled by breakaway authorities. During the operation, Dudayev sustained seven bullet wounds but managed to recover.

The following year, a Georgian court sentenced him to 23 years in jail for homicide, abduction, money extortion and other grave crimes, but in 2013, he was released after having served nine years due to an amnesty. South Ossetian de facto authorities and many Georgian human rights activists had also demanded his release.

Dudaev pleaded innocent to all but one of the charges, related to the vendetta-style murder of an ethnic Georgian man, who allegedly was involved in a brutal crime against members of Dudayev’s family.

That tragedy occurred in the early 1990s, on the eve of Georgian-Ossetian conflict. A group of men burst into the Dudaev’s house in Artsevi presumably to plunder it. They brutally tortured both Dudaev’s parents and raped his sister. The father died out of wounds related to the crime. Marek Dudayev was 14 at the time.

Three men believed to have  had ties to the crime were subsequently killed, but Dudayev pleaded guilty of only one murder, that of Besik Tenadze. He distanced himself from the other crimes and dubbed it a “Georgian provocation”.

Before and after his release from a Tbilisi prison, Marek Dudayev was deemed to have a strong informal – many believe a criminal – authority in Artsevi and throughout South Ossetia.