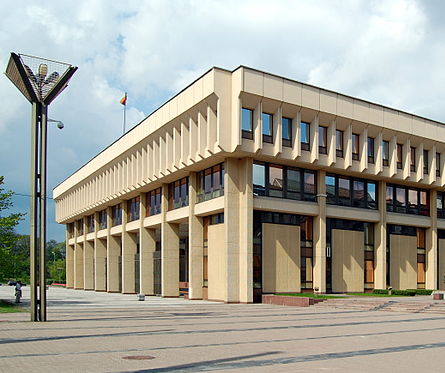 The vote was almost unanimous, according to the webpage of the national assembly, called Seimas.

Lithuania is often called a “Baltic tiger” because of its high economic growth, and has bucked a trend in the rest of the EU which has struggled after the financial crisis hit. Foreign Minister Linas Linkevičius said  that Ukraine, Georgia and Moldova, and the EU itself, will have long term economic benefits by signing association agreements because of increased market opportunities.

For Lithuania, Ukraine is more a country it sells its products to, rather than buys goods from. It is the ninth largest importer of Lithuanian goods (USD 1.2 billion in 2013), while Lithuania imports much less from Ukraine (USD 0.30 billion).

Romania was first to ratify the agreements on July 3. Estonia ratified them on July 4.

Moldova was first to ratify its own agreement with the EU on July 2. Despite the far-reaching consequences, only a simple majority was required. 59 voted for, 4 voted against, and 38 were absent, as the Communist Party’s representatives marched out in protest.

The Georgian parliament plans to vote on ratification on July 18, after three days of committee hearings starting July 15.

Georgia signed the agreement on June 27 at a ceremony in Brussels, together with Moldova and Ukraine.

The meat of the treaty includes what’s called a deep and comprehensive free trade agreement, which means that Georgia has committed itself to making over three hundred EU laws part of its own national legislation. These laws will set the terms on which the free trade will take place and includes things like consumer protection.

With association agreements ratified, the countries will be required to have the same foreign and security policy as the EU, what is called convergence, which will expand the political reach of the EU further east.

Latvia plans to vote on whether to ratify the agreements on July 10. For such agreements to come fully into force, all EUs 28 member states as well as the EU parliament must ratify them.