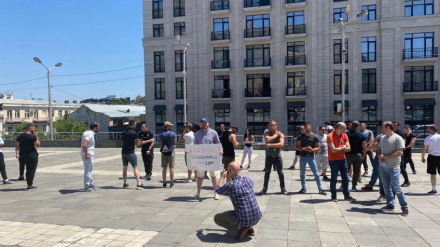 Protesters say they don’t understand why they are forbidden to exercise and expect explanation from government.

“This ban damages people’s health more than the virus could have done,” Girchi member Iago Khvichia was quoted by the party webpage, Girchi.com.

The government plans to allow gyms to re-open only by July 22.