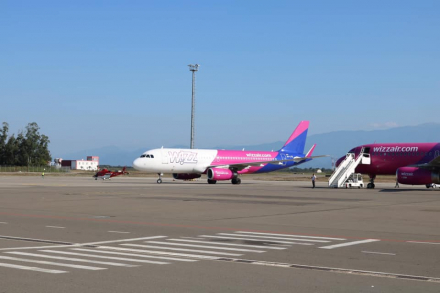 A Hungarian lowcoster WizzAir has removed 19 routes from Kutaisi, its base in Georgia, and decreased number of based aircraft to two, from previous three, Belgian aviation news platform aviation24.be reports relying on a Twitter user @SeanM1997 as a source.

In July 2019, WizzAir announced that its base in Kutaisi was going to increase from three to five aircraft, with 12 new routes. Only the Poznan route has been kept and the other 11 routes have been dropped or cancelled before starting. The carrier is revisiting bases at the moment. Due to the current coronavirus outbreak, it decided to remove one aircraft, and to fly only with two based aircraft, dropping or simply cancelling 19 routes.