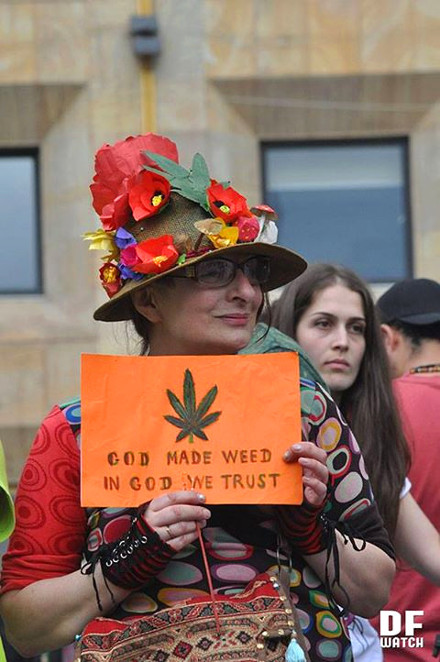 TBILISI, DFWatch–Hundreds of mostly young people gathered outside the government office in Tbilisi, Georgia, Tuesday to demand the decriminalization of marijuana.

The annual protest brought together youth, politicians, journalists, non-governmental organizations and others.

The main message of the rally was as usual to stop arresting people for using marijuana.

“We want legislative amendments so that people won’t be prosecuted by the Criminal Code for using cannabis and products produced from it and keeping small amount for personal use,” organizers say.

They also demanded to eliminate random police checks in the streets, which sometimes lead to drug tests based on ‘reasonable doubt.’

The demonstrators also called on the ruling coalition to support and approve a recently submitted draft bill put forth by MP Goga Khachidze to liberalize drug related legislation.

The bill was revised by the parliament bureau and sent to committees for further discussion. The most important committee will be the judiciary committee.

This is the third year in a row that there is a rally in Tbilisi demanding to decriminalize marijuana.