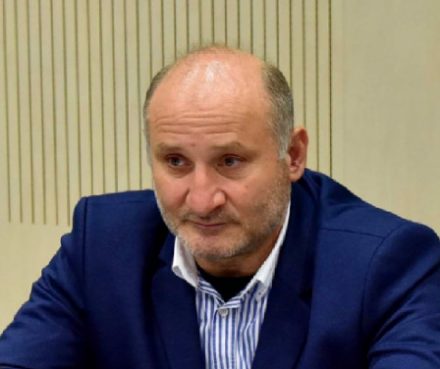 TBILISI, DFWatch–A conservative MP in Georgia has presented a bill that would prescribe punishment of up to one year in jail for ‘offending someone’s religious feelings’. The human rights committee in parliament agrees with the bill ‘in principle’.

“I’m ready to take part in and make my contribution to this discussion. Ultimately, the [Human Rights] Committee will take certain decisions and then we’ll discuss it at the plenary session,” speaker of parliament Irakli Kobakhidze said on Wednesday.

The draft law will create a new criminal offense of ‘offending religious feelings’, punished by a prison term of up to one year and more specifically would protect clergy and believers from being offended. The bill was initiated by MP Emzar Kvitsiani, who represents a small faction of Alliance of Patriots, a socially conservative political party. Many in Georgia believe that the party has pro-Russian leanings, and it is the only parliamentary political force which has no reservations about visiting Moscow and meeting Russian officials, bypassing official diplomatic channels.

Several key members of the ruling Georgian Dream party expressed that they support the new law in principle, including the chairwoman of the parliament’s human rights committee.

It is unacceptable to offend people on religious grounds, said committee chair Sophio Kiladze on Tuesday. She supports the principle of legally regulating this issue but adds that it is important to prevent encroachment on freedom of speech.

“The recent developments in particular are deeply embarrassing when Orthodox holiness was addressed improperly. It was of concern  to a lot of people and I am among them. Therefore, I support that it should be regulated in some form,” Kiladze said.

She was evidently referring to two different cases which many social conservatives and clergymen saw as an offense to their religious feelings. The first relates to the statement of the host of Georgia’s largest TV channel, Rustavi 2, which was followed by a violent attack on the channel by far-right activists.

The second case is about the resentment by conservatives over the launch of condom wrapping with images of religious figures and mocking those who think no homosexuals exist in the region.