Lavrov claims IS fighters are being trained in Georgia

Lavrov claims IS fighters are being trained in Georgia 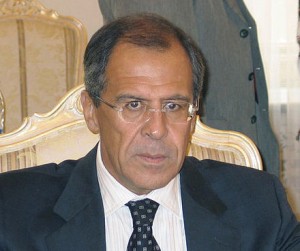 TBILISI, DFWatch–Russia’s Foreign Minister Sergey Lavrov said on Tuesday that Islamic State fighters are being trained in the Pankisi valley in northern Georgia which was one of the reasons why Russia introduced stricter visa rules for Georgians.

On Tuesday, Tbilisi called the statement ‘nonsense’ and claimed that the situation in Pankisi is peaceful and that there is no threat of terrorism there.

Lavrov said at his annual press conference on Tuesday that the terrorist threat in Pankisi ‘never disappeared.’ He continued saying that members of IS are using this ‘difficult to reach’ territory for military training, and for rest. http://tass.ru/politika/2615018

Prime Minister Giorgi Kvirikashvili denounced Lavrov’s statement by saying that there are no such risks in Pankisi.

“The government is taking complete control of all the territory which is controlled by Georgia. There are no terrorist threats coming from this region. Several people left that place [Pankisi] and are fighting with Islamic State, but we are keeping strict control to ban them from entering, as there is criminal law punishment,” Kvirikashvili said.

Tedo Japaridze, a member of parliament from the Georgian Dream coalition who was recently elected vice president of the Council of Europe’s parliamentary assembly, told journalists that Georgia is well aware of the Russia’s methodology and instruments of propaganda.

“When Russia speaks about Pankisi and events happening there, we should be very attentive,” he said.

During his press conference, Lavrov expressed readiness to meet his Georgian counterpart and recalled the recent statement by President Vladimir Putin that he is also ready to meet the Georgian president.

“I am pretty sure that other contacts are also possible. President Putin didn’t rule out this opportunity when he was asked about it,” he said.

PM Kvirikashvili later responded that there are important preconditions for restoring diplomatic relations with Russia and those  are respecting the territorial integrity and sovereignty of Georgia.