Khidasheli: Defense deal with France will be signed by end of June

Khidasheli: Defense deal with France will be signed by end of June 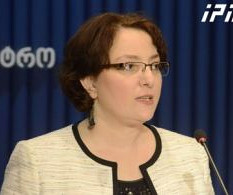 TBILISI, DFWatch–Georgia’s new defense minister has sided with her predecessor Mindia Janelidze in an argument with former Defense Minister Irakli Alasania about an agreement with France about buying air defense systems.

Tina Khidasheli said in a recent interview on Maestro TV that the deal with France found its final form as a document when Janelidze was minister, while earlier it was ‘just a collection of wishes.’

Khidasheli explained that they are still working to improve the treaty and it is likely to be signed in the end of June.

“This document is not scandalous at all. There is an attempt to turn it into a story that for me is very unclear, but everything is really simple about this document,” she said, and expressed hope that if everything goes smoothly the agreement will be signed by the end of the month.

Khidasheli left for Paris on Friday to meet her French colleague and representatives of the defense companies of France, which Georgia plans to cooperate with. After France, she plans to visit Switzerland and Austria to participate at international forums, according to the Defense Ministry.

In the interview, the minister continued saying that when Janelidze was minister, work started on the legal and financial part of the document.

“And we continued this process. I think it is too important and essential when a country takes on such kind of financial obligation that our interests have to be reflected as much as possible there. We have loads of work to do,” she added.

The journalist asked whether she plans to find out the details about a phone conversation which Irakli Alasania has referred to, but she said she sees no importance in this as there is a treaty. It is a fact now.

“I want to underline with entire responsibility that work on this document during the Janelidze’s tenure was much more serious than before.” 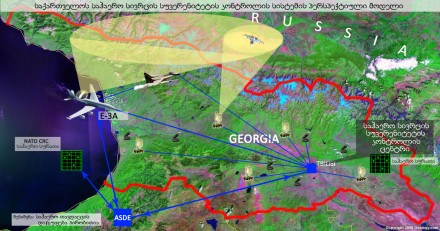 The deal is aimed at bolstering Georgia’s air defenses. (geo-army.ge)

Irakli Petriashvili from the Alasania’s Free Democrats Party, who used to be Minister for Euro-integration and resigned after Alasania was fired in November, 2014, claimed saying that the treaty was finalized during Janelidze’s tenure only aims to ‘ennoble him,’ but in real terms, that was not what happened.

He said most of the layout of the document, in technical and financial terms, was agreed when Alasania was defense minister and a political agreement was reached on the highest level, which is what is important, Petriashvili added. He said the finance minister, speaker of parliament and prime minister were aware at the time that negotiations were ongoing in France.

Petriashvili believes that Khidasheli’s statement just aims to please the founder of the Georgian Dream coalition, Bidzina Ivanishvili, who is still believed to be the informal head of government, even though he resigned as prime minister a year and a half ago.

“Tina [Khidasheli] only aims to justify the hopes of Bidzina [Ivanishvili]. The government has switched to complete attack. Thea [Tsulukiani] on the occasion, or Tina. Bidzina planned those goals for them and they prove commitment to Bidzina by attacking Alasania,” Petriashvili said.

Last October, when Alasania was still minister, he said that during his visit to France during negotiations on air defense treaty, Mindia Janelidze, who used to chair the PM’s subordinate body the Crisis Management Council, called him and told him not to sign the treaty. Alasania said he refused to carry out this order, which was in the name of prime minister, and this resulted in the detention of Defense Ministry officials on corruption charges.