Kelly Degnan nominated as next US Ambassador to Georgia

Kelly Degnan nominated as next US Ambassador to Georgia 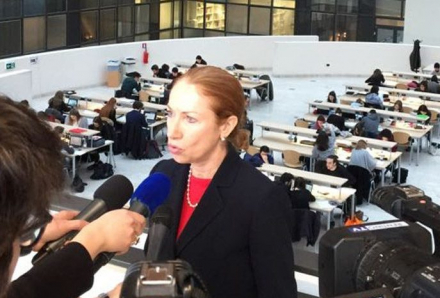 She was the Special Assistant to the Secretary of State and to the Undersecretary for Political Affairs at the Department of State.

Ms. Degnan earned a B.S. in Journalism from Northwestern University and a J.D. from the University of Southern California Law Center. Ms. Degnan earned the Secretary of State’s Expeditionary Service Award, and she speaks Italian, French, Turkish and Urdu.