Ivanishvili takes his citizenship case to the UN

Ivanishvili takes his citizenship case to the UN 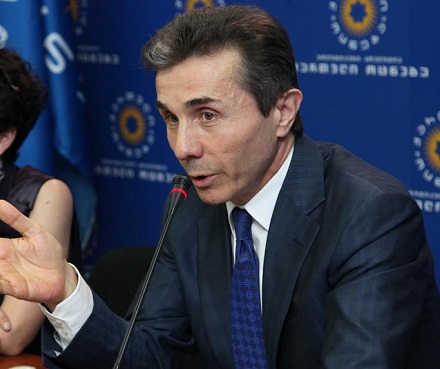 Bidzina Ivanishvili thinks the Saakashvili government is trying to delay his citizenship case so much that he has no time to pursue it further in an international court before the election. (Official photo.)

Georgian Dream spokesperson Tina Khidasheli says they are bringing his citizenship case to the Committee because the government is dragging out the court proceedings so much that there won’t be time to take the case to the European Court of Human Rights in Strasbourg before the election.

Ivanishvili had his citizenship revoked in October 2011. It meant he could not engage in politics, and he later refused to make use of a constitutional amendment tailor-made to let him participate as a foreign national. A long legal battle to get it back has so far not yielded results, and the ruling in his appeal case will be announced today.

Khidasheli says the UN Human Rights Committee will start communicating with the Georgian government on this issue in a couple of weeks.

It must not be confused with the more well-known UN Human Rights Council, which is a political forum for governments, whereas the Committee is a group of experts that hears individual complaints.