Ivanishvili on collision course with the U.S. on role of NGOs

Ivanishvili on collision course with the U.S. on role of NGOs 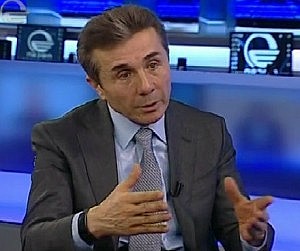 TBILISI, DFWatch–The godfather of the government in Georgia, billionaire Bidzina Ivanishvili, was rebuked by the US ambassador Thursday after criticizing three of the most influential NGO leaders in the country.

In a long TV interview on one of the national TV networks two days ago, Ivanishvili took a critical stance toward the role of NGOs in Georgia and warned that his organization, ‘Citizen’, is investigating three specific leaders of non-governmental organizations (NGOs) and will publish a report about them. 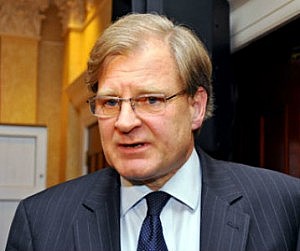 U.S. Ambassador to Georgia Richard Norland issued a statement in defense of the three NGOs. (Interpressnews.)

The businessman further claimed that it is ‘taboo’ in Georgia to criticize the NGOs and that they are trying to prevent criticism against President Margvelashvili.

After leaving politics a year ago, the billionaire philanthropist founded ‘Citizen’ as a vehicle for his work to promote democracy, but many suspect that he is pulling the strings in the Georgian Dream government.

The three NGOs he singled out are frequently in the news in Georgia and have played important roles in shaping public policy, often taking action simultaneously. In 2012, the campaign ‘This Affects You Too’ broke the governing National Movement party’s domination of TV news at the time, which is considered a key factor in the opposition’s win in the election that November.

Kozhoridze wrote on his Facebook page from Brussels, “Is it really important to make such a report about me as a person, for forming a European society, today for our country?”

Lomjaria responded that Ivanishvili’s statement was so non-serious that it was hard for her to comment, but that criticism always irritates any government.

“The fact is that the most influential person in the country is investigating several civil activists’ life and person, which I think actually is pressure against us personally,” Lomjaria told Interpressnews.

Gigauri told Imedi that she didn’t understand what Ivanishvili meant, but that her organization will assist in making the report.

In the evening, U.S. Ambassador Richard Norland came to the defense of the NGOs. A statement published on the embasssy website said that a strong NGO sector is a critical part of a democracy and that the embassy has had excellent relationships with GYLA, with Transparency International and with ISFED.

The current government’s relationship with NGOs became strained in August last year, after Prime Minister Garibashvili said the Georgian NGOs lack neutrality as they are trying to help the former ruling party, the National Movement, because it is getting weaker.

In May, 2014 the PM also went on the offensive against NGOs for demanding restrictions on secret surveillance.