Ivanishvili has abandoned the idea of hosting TV show

Ivanishvili has abandoned the idea of hosting TV show 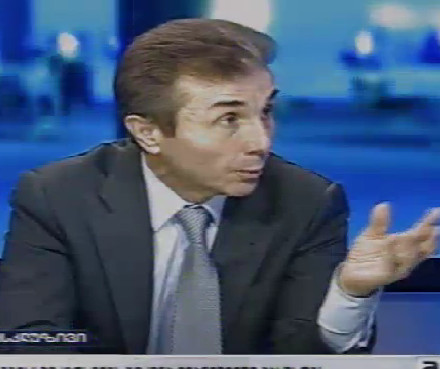 The launch of the talk show has been postponed several times. Finally, in the end of 2014, it was announced that it would go on air in February.

Vasil Maghlaferidze, the producer of the talk show ‘2030’, confirmed to several Georgian media outlets that it would go on air in February, probably in the end of the month.  Bidzina Ivanishvili, who was supposed to be one of the hosts, will instead play a role as ordinary guest, the producer said.

“He will appear in the same frequency as others,” Maghlaperidze said to Rezonansi newspaper.

According to him, the TV program will have three hosts and go on air on the entertainment channel GDS TV, owned by rapper Bera Ivanishvili, the former PM’s son.

The name of the TV channel is an abbreviation of Georgian Dream Studio, after the political movement launched by his owner’s father in 2011 that wrested power from Mikheil Saakashvili’s National Movement in 2012.

Maghlaperidze said that ‘2030’ would be ‘an analytical and informational’ program that wouldn’t align itself with any political bloc.

The name of the program, ‘2030’, is derived from a statement made by Ivanishvili that by the year 2030, Georgia will have become an ordinary European democratic state.