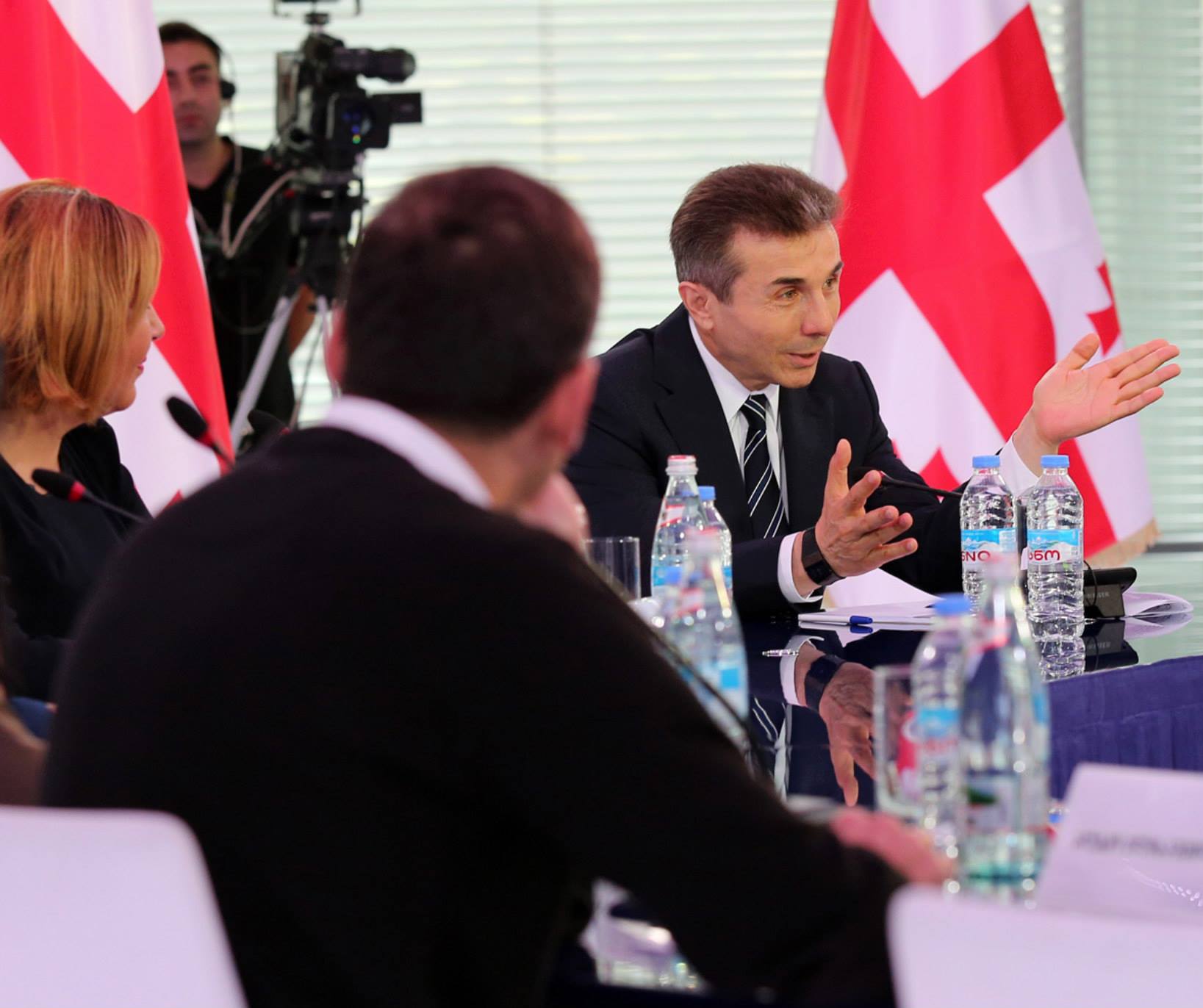 TBILISI, DFWatch–Prime Minister Bidzina Ivanishvili held a televised round table discussion with Georgian journalists on Wednesday. The debate turned into a squabble as the PM demanded answers about things the journalists have written.

After a similar TV debate with economic experts last week Ivanishvili was criticized for his blunt style when debating the experts.

“Very often statements by journalists leave a sense that they are amateurs and do not know the issue,” he said and read quotes from different journalists.

He explained what journalism is and what they should be doing and advised them not to act like ‘postmen’ but check information before publishing it.

“You are not postmen. You are journalists and you must check the received information, analyze whether it is correct, and if it is not correct, you must not transfer it word by word, because if you do, then it is being a postman, sending a letter,” he appealed to journalists, who had come to his business center to take part in the live televised discussion.

Ivanishvili was asked why his ministers didn’t go to the villages Ditsi and Dvani the first days after Russian soldiers started moving the border and installing barbed wire through. He answered that government officials went there earlier and that this didn’t happen yesterday and the day before yesterday.

“And now we are in a situation when the Georgian government doesn’t have room for doing much anymore,” he said.

A few days ago, Georgian journalists went to Ditsi and Dvani to protest against the ‘creeping occupation’ and sang the national anthem and held banners at the border. They said no government officials have been to the two villages and locals feel unprotected.

The PM reprimanded the journalists and claimed that they were reporting incorrect information, while journalists claimed he was lying or misinformed.

The debate then moved on to why Ivanishvili doesn’t renounce his French citizenship so he can get a Georgian one. He answered he wants to get back his Georgian citizenship only by going through the courts.

“I sacrificed my life when the country needed it. How do you think, I run after citizenship? I signed the renouncing of the French citizenship, but this is a long process. It cannot be done in five minutes,” he said adding that he thinks such questions are not polite.