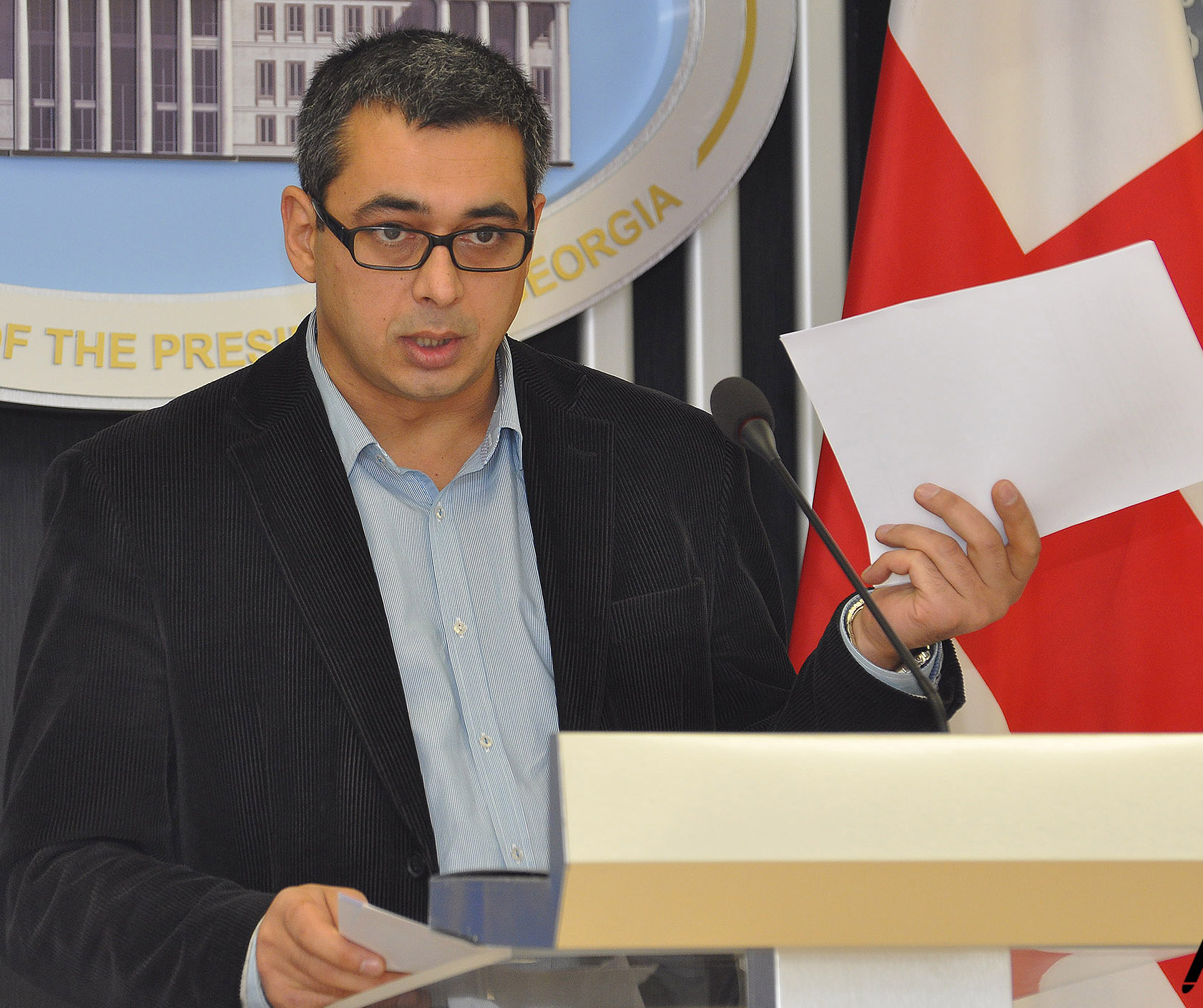 TBILISI, DFWatch–A spokesperson for President Saakashvili says his administration distrusts the theory presented by the government today about who was behind the jihad threat video, claiming the ministry is telling lies in an attempt to assure people that the case can not be solved.

The Ministry of Internal Affairs claims to have found the person who posted the so-called jihad threat videos and provides some details from the investigation, which was finished a month ago.

Interior Ministry spokesperson Nino Giorgobiani said at a press conference Thursday that the accused person, Samar Chokutaev, a citizen of Kyrgyzstan, is currently in the breakaway region Abkhazia, working in a communications company in Sukhumi.

She said that the accused person is born on March 6, 1989, and is charged with publishing information calling for terrorist acts, which contains threats of terrorism.

According to the investigation, Chokutaev is an IT specialist and committed the crime from the occupied region. On June 4, 2013, he posted a video on Youtube under the name Hammad Zaman. The video contains threats against Georgian soldiers in Afghanistan.

Giorgobiani said that in order to cover his tracks, the accused used USB internet-modems that connected him to Georgian GSM operators, Magti, Geocell and Mobitel, as all three companies have broadcast stations able to reach into parts of Abkhazia. The towers which he connected to are located on Georgian-controlled territory.

“In the course of investigation it was also ascertained that Samar Chukutaev, accessed internet network of the two Georgian private companies from the territory of Abkhazia by using encrypted line from the remote server, previously arranged in Malaysia,” the ministry claims.

“This way, he managed to publish threatening video from the routers of the private companies, in order to mislead the investigation and create the impression that the crime was committed on territories located near the companies.

Chokutaev was charged in absentia and a search is now on for him, both in Georgia and abroad.

“We would also like to remind you that in the preliminary phase of the investigation, Georgian law enforcers located specifically these IP addresses owned by the mentioned companies,” Giorgobiani added.

After the Interior Ministry made the statement, local media tracked Chokutaev’s activity on social media. In Facebook there is a person with the same name and surname and same date of birth who gives his current location as Sukhumi and workplace as the company Aquafon, which is communications company in Sukhumi.

He indicates Kyrgyzstan as his hometown. https://www.facebook.com/samar.chokutaev; Another profile is on Linkedin http://www.linkedin.com/pub/samar-chokutaev/56/a17/a76, also Twitter, Google+ and other social media.

Andro Barnovi, head of the president’s administration, said at a press conference the same day that he distrusts the investigation by the Interior Ministry.

He said he believes that the ministry is making up different versions about the jihad videos in order to make people believe that it is impossible to solve the case completely.

“If they solved this case one month ago, what were they waiting for? I have had 5-6 briefings about this issue,” he said, “the ministry’s version is a lie. How can anyone believe in it? They solved the case one month ago and forgot? In fact, there is internal competition in the government and we are the victims of this.”