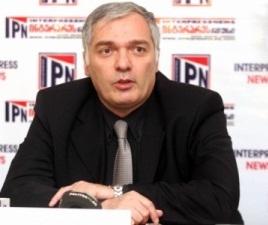 TBILISI – Authorities in Georgia have issued a 2 million dollar fine to one of opposition financier Bidzina Ivanishvili’s companies, and at the same time seized all its assets.

The reason for both decisions is that according to the State Audit Service, Elita Burji provided free services that benefited Ivanishvili’s own opposition movement Georgian Dream, a kind of campaign financing that recently became prohibited.

The company now has had its bank accounts and property seized by the State Audit Service. At the same time, Tbilisi City Court has issued it a fine of 3.4 million lari; about USD 2 million.

Its lawyer Sandro Baramidze told DF Watch that it is unclear how the company is going to be able to pay this fine if its property has been seized.

Elita Burji will refuse to pay the fine, and appeal the court ruling, arguing it is illegal.

The only goal of these actions is to make it impossible for the Georgian Dream coalition to conduct its election campaign, Baramidze says.

A legislative amendment was made a few months ago, so that a private company is not allowed to finance a political party. This happened after Ivanishvili decided to go into politics, after which he became the main competitor to President Saakashvili.

First Elita Burji together with another company, Burji, was fined USD 1.4 million on request from the Audit Service, based on the argument that the companies offered 239 cars for Georgian Dream to use. After the appeal, the fine was reduced to half, but Ivanishvili refused to pay, arguing that the ruling was illegal.

Now, the company is accused of another law violation.

The State Audit Service studied the financial documentation of Elita Burji Ltd. According to the service’s dossier, the company bought two printing machines in 2012 in order to be let them be utilized by Georgian Dream. Together they were worth 679 488 lari.

According to the dossier, the company received several million in financing from a company belonging to Bidzina Ivansishvili, Chista Enterprises Ltd and also from Ringold Financial Ltd, both registered offshore.

The statement also says that the name Bidzina Ivanishvili is mentioned in bank transfers.

Baramidze told DF Watch that the fine is illegal and that it was also incorrectly calculated.

The Audit Service claims that Elita Burji provided services to Georgian Dream through creating the coalition’s symbol, printing it on t-shirts and other things, which is printing service, but this is not true, he says.

“But let’s say it is true. Pay attention to the amount of money – Elita Burji was fined five times more than 680 000 lari – this is the value of printing machines. Then if Elita Burji conducted services, why have you fined them with the value of the machines and not the services? It’s the same if I go to a restaurant, they give me free meal and then the Audit Service fine me with not five times more the value than my meal, but with the value of whole property of the restaurant,” Baramidze says.