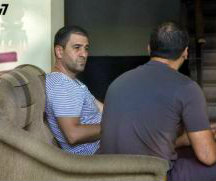 TBILISI, DFWatch–Investigators haven’t  found any evidence that Georgia’s former ambassador to Russia and founder of Rustavi 2 TV company was murdered.

“On the basis of testimonies by hundreds of witnesses, appropriate documents, videotapes, evidence and conclusions of tens of experts, in this stage of the investigation there is no proof revealed that would be basis for a well-founded presumption that the death of Erosi Kitsmarishvili was caused by criminal conduct by a third party,” the Prosecutor’s Office writes in a statement published on its webpage.

The statement was a response to an appeal by Zurab Kitsmarishvili, who does not believe that his brother’s death was a suicide and asks to have him recognized as a victim, on the basis that he is brother of the deceased.

On July 15, Erosi Kitsmarishvili was found dead in his car at an underground parking lot beneath his house with a gunshot wound to his head. It appeared to have been a suicide, but Kitsmarishvili’s family and relatives doubt it.