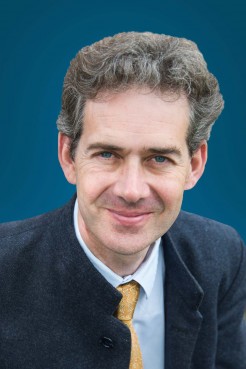 The senior associate with Carnegie Europe specialising in the Caucasus region, the author of books Chechnya: Calamity in the Caucasus, Black Garden: Armenia and Azerbaijan Through Peace and War and The Caucasus: An Introduction, Thomas de Waal discusses the need for nuanced approaches in Georgian policy towards Abkhazia and the future of Abkhaz–Georgian relations.

Thomas de Waal: I don’t like the term ‘frozen conflict’. That suggests that nothing happens and nothing moves. With reference to the Karabakh conflict, I think we’ve just seen that it can be a dangerous term. If the conflict dynamics are still there and if the conflict is not resolved, it can warm up again and explode. We should be careful with using the term ‘frozen conflict’.

Having said that, clearly, the conflict in Abkhazia crossed a line in 2008, where the facts on the ground changed radically with Russian recognition of Abkhazia. Russia obviously became a key determinant in that conflict, which I think it wasn’t before 2008.

For the Georgian side, just to put all the focus on Russia, just to say ‘what we need is de-occupation of Abkhazia by Russian forces’ is also not good enough. This conflict has its roots in the late 1980s and early 1990s and before that, the early 20th century. It’s about the Georgian–Abkhaz relations.

I think that many mistakes have been made and many opportunities have been missed, but there are still some dynamics to be explored between Georgians and Abkhaz. That requires a rather different way of thinking and a more creative way of looking at the conflict.

DF Watch: Georgia has consistently pursued a two-component policy regarding Abkhazia: nonrecognition, on the one hand, and people-to-people engagement, on the other. Abkhazia has pursued a strong policy of nonengagement with Georgia. How do you evaluate these policies?

Thomas de Waal: The policies are very understandable from a political point of view. Georgia has a strong interest in nonrecognition of Abkhazia and I think that that policy has been largely successful. However, Georgia has also lost its leverage over Abkhazia and I think that the law on occupied territories has not advanced Georgia’s agenda at all and the law, by declaring Abkhazia a ‘territory occupied by Russia’ has cut off many avenues of engagement with Abkhazia. By doing so, it has contributed to increasing Abkhazia’s dependence on Russia.

In particular, I am thinking of Turkey. For many years, Turkey was an alternative to Russia because of the Abkhaz diaspora in Turkey and the will to trade with Turkey. It has been more difficult now in the last two months after the escalation of the row between Russia and Turkey. From the Georgian perspective, instead of shutting that down, trying to block the Turkish traffic to Abkhazia, Georgia would have done better to encourage, legitimise, and legalise Turkish trade with Abkhazia in order to provide an alternative to Russia.

DF Watch: In your recent article called Crimea, Russia and Options for Engagement in Abkhazia and South Ossetia, you wrote that the more time passes, the bigger the gap between Sukhumi and Tbilisi and that Georgians needed to accept that they couldn’t restore Georgian sovereignty over Abkhazia and should therefore focus on what was the next best option. What is the next best option?

Thomas de Waal: I think that the next best option is for Abkhazia to keep some form of autonomy from Russia, which means that the future generation of Abkhaz can make their own decision and possibly to choose to have a closer relationship with Georgia again.

That would mean keeping Abkhazia more open to the outside world in terms of trade and freedom of movement — allowing Abkhaz to travel, which they can, with some restrictions — and also allowing Abkhaz to be educated abroad. If Abkhaz were to be able to use the Erasmus programme in the European Union under a status-neutral arrangement, that would mean that Abkhaz would study in Europe. I can’t see why that would be a threat to Georgian interests.

DF Watch: In Georgia, when discussing the policy on Abkhazia, the issue of IDPs [internally displaced persons] is very commonly brought up. Should Georgia compromise its insistence on having IDPs return to their homes in Abkhazia in the name of this reframed policy?

Thomas de Waal: This is an issue of both of rights and realities. It is very important for Georgia to assert the right of IDPs to return or to claim compensation in case they cannot return, which we’ve seen in comparable cases of other conflicts. It is very important for Georgia to accept that right and for that right to be enshrined in international declarations.

It’s another thing to say that because that right is not being given to refugees, we should therefore do nothing with Abkhazia. The Abkhaz basically have a veto on their right to return, so you still need to work and engage with the de facto Abkhaz authorities. You need to keep lines of communication open and to keep Abkhazia open in the hope that at some point in the future this issue can be solved.

DF Watch: Several days ago, Prime Minister Giorgi Kvirikashvili announced that Georgia was working on a comprehensive peace roadmap, but before this roadmap could be presented to the de facto authorities, there was a need for consolidation of Georgian public opinion. According to the survey conducted in 2013 by CRRC Caucasus Barometer, 82 percent of respondents said they were in favour of having Abkhazia as a formal part of Georgia, without autonomy. The vast majority of the population refuses even a small degree of autonomy for Abkhazia. How do you imagine a development of new policies on Abkhazia given the existing social consensus on keeping the current hard-line policy?

Thomas de Waal: There is a little bit of schizophrenia here. On the one hand, of course this is the aspiration of Georgians to see Abkhazia integrated into Georgia. Even though we should not forget that the last time Abkhazia was within the boundaries of Georgia was in the Soviet times. Georgia wasn’t independent and they were both parts of the Soviet Union.

Of course, if Georgians are given alternatives, this will be the alternative they favour. I think that one should follow up on that question with, again, ‘the next best option’. If there are options which see better relations, a possibility of return of IDPs — maybe to Gali and Ochamchire in the first place, if we see lessening of Russian influence in Abkhazia, this surely is something that Georgians can also welcome.

There are many things one can do without recognising the Abkhaz independence. There are many intermediate steps through which one can build up confidence. The problem is that every year that goes by it gets harder and harder. These things were much easier to do five, ten, or fifteen years ago than now.

DF Watch: There is very little information about internal processes in Abkhazia available in Georgian media. How do you envisage the role of media in relation to developing Georgian policies on Abkhazia?

Thomas de Waal: I should say that there are one or two sources which are quite good. There is Radio Liberty, Ekho Kavkaza, there is JAMnews which was launched by my friend Margarita Akhvlediani with whom we worked together on Caucasus projects in Abkhazia. There are one or two sources of media which do give Georgians a fairly balanced picture of what is happening in Abkhazia.

I agree in general that the information gap is a big problem. It is also accentuated by a language gap where very often Abkhaz and Georgians don’t have a shared language. Georgians are forgetting Russian and Abkhaz are forgetting Georgian. This is also a problem.

Abkhazia is a small republic and this also increases the importance of Abkhaz being given access to Europe and to the world beyond Russia. If they can broaden their horizons and see beyond the ‘Russian world’, which will take time, then they can also see the value of reengaging with Georgia.