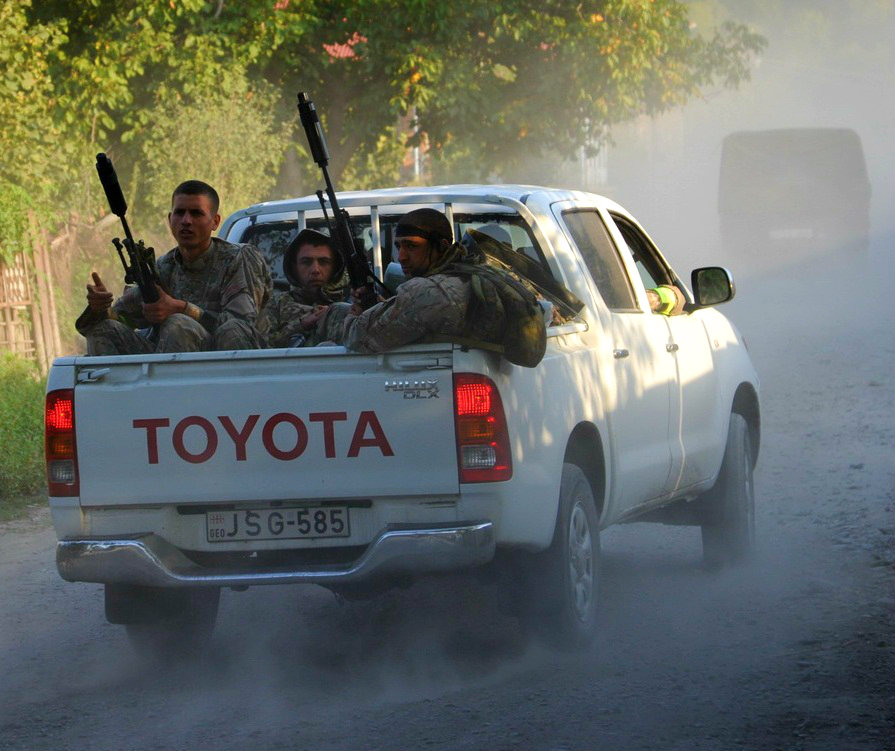 TBILISI, DFWatch–The Public Defender in Georgia says an independent inquest into a border skirmish in 2012 has revealed many interesting details.

But ombudsman Ucha Nanuashvili refrained from saying specifically what has been revealed and says this will be published when the inquest ends in two months.

The shooting on the border between Georgia and Russia in August 2012 took 14 lives and threatened to damage Georgia’s democratic credentials.

Police initiated an operation following the kidnapping of five young men from the Pankisi Valley and the Ministry of Interior claimed that the government fought against rebels from North Caucasus.

After the change of government in October 2012, the new Public Defender claimed there were grounds to suspect that the previous government was involved in training Chechen rebels. He also claimed that there were at least nine surviving rebels, and eight of them were sent out of Georgia.

Part of the reason so many Georgians distrusted the Saakashvili regime’s explanation of what happened, was that authorities never said the rebels came across the border from Russia into Georgia. Gradually there was increasing basis for suspecting that the rebels had in fact come from the Georgian side and were about the cross into Russia.

The Lapankuri operation lasted several days. Among the 14 dead, eleven were rebels, a few were Russian citizens, two were law enforcers from Georgia and one military doctor. Three of the rebels were Georgians from Pankisi, where they were buried.

The only man detained after the incident was Ahmed Chatayev, who was injured and lost a leg. He surrendered September 8, but never admitted guilt. He said what happened was the first time in many years the Chechen rebels had tried to enter Russia from Georgian territory.

There have not been published any results from the investigation, not even from the reopened case after the Georgian Dream coalition came to power. The government claims that they will publish results as soon as the investigation ends, but it is still ongoing.

“The council is very active having meetings with almost every person, who had anything to do with the Lapankuri events,” Ucha Nanuashvili said on Monday.

The council is studying material published in media, as well as obtaining information from government bodies and interviewing witnesses. The process will end in two months, after which the council will transfer the material to investigative bodies.

Civil Council held its first working session on October 23. There are twelve members in the council, among the members there are Gela Nikolaishvili, Soso Tsiskarishvili, Lia Mukhashavria, Kakha Kakhishvili and Mamuka Areshidze.

Nanuashvili claimed that Saakashvili’s government gathered up to 120 rebel fighters from Europe, set them up with apartments in Tbilisi, provided them with guns and trained them at two military bases near the capital, and promised them safe passage into Chechnya upon completion of training.

Shooting started as disagreement developed between the rebel fighters, who demanded to be allowed to cross the border into Dagestan, and their Georgian handlers, who refused.

In May, an independent autopsy was conducted of the bodies of rebels buried in Pankisi Gorge, but many questions still remain unanswered in the case, which is why the ombudsman decided to set up a special council to study the case independently.

The council can only offer recommendations and make material available for government bodies, which are investigating the case.