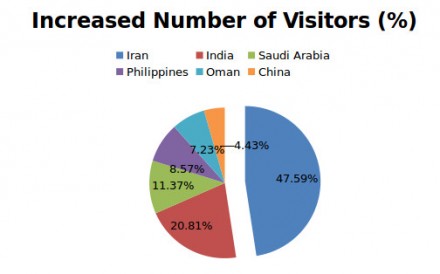 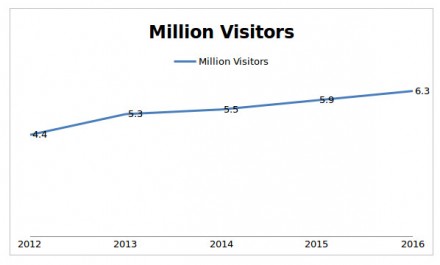 TBILISI, DFWatch–Almost 6.3 million people visited Georgia from abroad in 2016. This is 7.9 percent more than last year, the head of Georgian National Tourism Administration announced on Tuesday.

Out of the total number, over 2.7 million stayed in the country for 24 hours or longer – a 19 percent increase the category of visitors defined as tourists.

The top countries of origin were Azerbaijan, Armenia, Turkey, Russia and Ukraine.

For the first time, the number of tourists from Russia exceeded one million.

Also the number of visitors from the European Union was on the rise.

There was rapid growth seen with visitors from some countries. Rapid growth was seen in the number of people coming from Iran, India, Saudi Arabia, the Philippines, Oman and China.