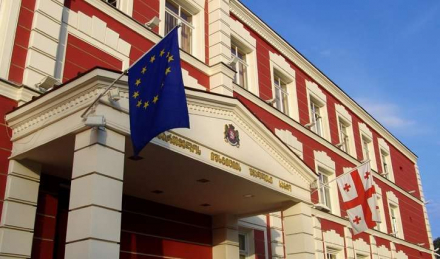 A group of independent lawyers and legal experts has submitted a draft resolution in the parliament of Georgia in which they ask for condemnation of what they dub as “clan-based” management of the country’s judiciary.

“Through a special decree, the Parliament should create a commission to probe the state of judiciary, which shall include the representatives of parliamentary, as well as non parliamentary political parties, civil society organizations and academic circles,” says a document sent to DFWatch by a bunch of lawyers, legal experts and human rights activists.

The text of the draft resolution:

“Acknowledging that the independent judiciary is cornerstone for ensuring the rule of law and protection of human rights without which there can be no justice or long term stability of the country.

Acknowledging that, in 2004 the judiciary got rid of the systemic corruption and took steps for its institutional development, however, an organized group of judges (clan of judges) were formed in the judiciary which seized judicial government and ensured the obedience of the court system towards the executive power and the execution of political assignments through various formal and informal mechanisms.

Whereas one of the main election promises coming to power in 2012 was the restoration of justice and formation and independent judiciary, for the purpose of which in 2013-2016 the government has drafted a legislative package and started a new stage of the judicial reform. However, due to different reasons, these changes could not bring about the rehabilitation of judicial system and increase public trust. The judicial clan, an organized group of judges, which was governing and controlling the judiciary under previous government has regained power inside judiciary, took over High Council of Justice, started to expel its opponents and appoint its supporters, often against public opinion and in conflict with the interests of justice.

Recognizing that the crisis existing in the judicial system has until now never become the subject of adequate political-legal evaluation, which has deepened the existing crisis and brought judicial reform in the deadlock.

Recognizing that as the result of recent legislative changes, HCoJ was delegated a power to staff the judicial system for lifetime, including Supreme Court.

Recognizing that in 2018, HCoJ presented to the Parliament of Georgia a 10 member list candidates for the vacancies in the Supreme Court s composed without proper criteria and reasonable procedures. The procedure of the creation as well as the contents of the list raised large public protest, which finally resulted in breaking up of the majority of the ruling party and political crisis. The Chair of the Parliament legal committee resigned in protest. The Georgian Parliament has suspended the deliberation of the list, while the active part of the society requested the resignation of the members of the clan.

Recognizing that in March 2019, Georgian Parliament, in the light of large public protest and criticism from international organizations, including OSCE and Venice Commission, approved legislative amendments in the law of common courts of Georgia granting large discretion to HCOJ to staff Supreme Court of Georgia through secret ballot.

Acknowledging that the clan and its leaders started to be involved in political process, actively participating in political election debates and undermining the principle of political neutrality of judicial power.

Envisaging that the reinforcement of clan based governance in the judiciary implies the long term formation of the defective obedient judiciary, which will  neither gain public trust nor ensure the protection of human rights, peaceful solution of the conflicts and endanger the peaceful and democratic development of the country. Based on the above mentioned, the Parliament of Georgia rules the following:

Clan based governance and its consequences should be negatively evaluated.