BATUMI, DFWatch–One Sunday in December, Muslims are cramming into the Orta Jame mosque in Batumi. Despite a three decades long effort to get permission to build a second mosque, they still have only one mosque to go to despite the city’s sizable Muslim population.

At Friday prayers, the mosque often gets overcrowded. But we visited on a Sunday, when there were less people. There were only two girls praying in women’s room in the mosque, while men filled only half of the prayer house.

We met with David, who came from Makhinjauri to attend the Friday prayer. Like others he has to wash up in cold water in the garden of the mosque. He says there are many people coming from nearby villages to pray in Batumi. It is not difficult for him, but people are concerned that on Fridays they have to pray in the street, which is quite difficult especially on harsh winter days.

In late December, some Muslims from Batumi traveled to Mokhe, a village in the southern part of Georgia, to show solidarity with other Muslims there who are involved in a conflict with Orthodox Christians. For more than three months, Muslims in Mokhe have prayed outside on the disputed ruins of a mosque. 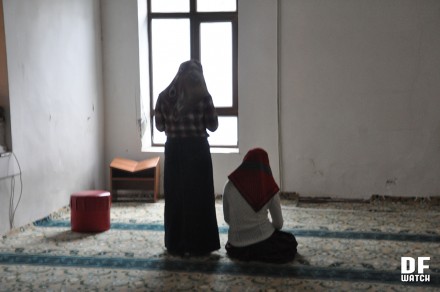 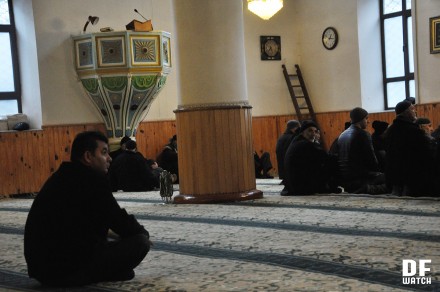 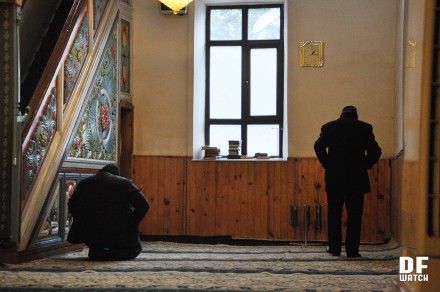 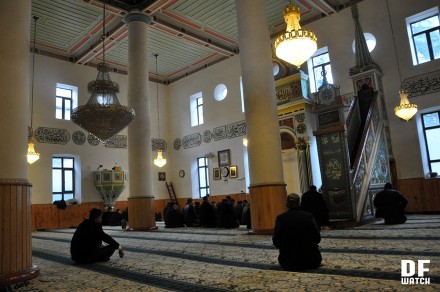 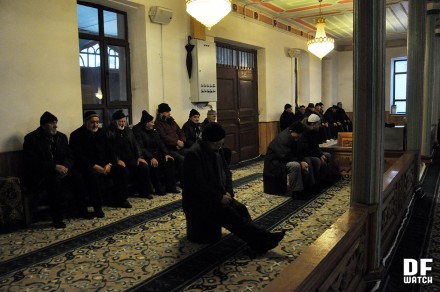 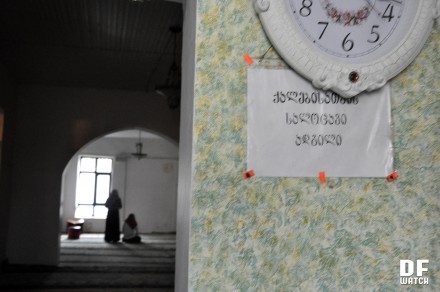 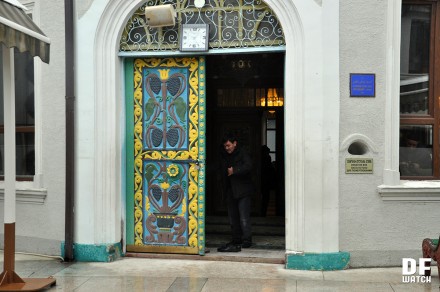 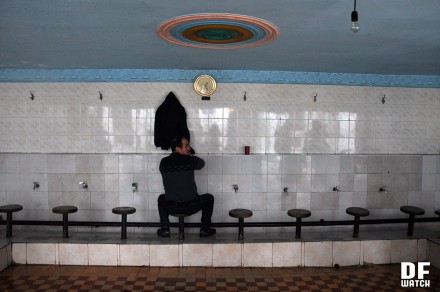 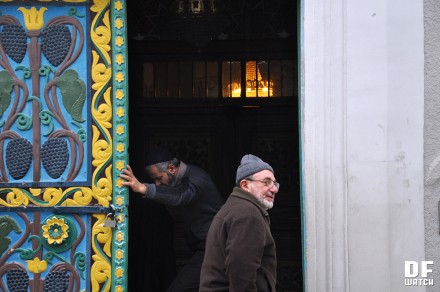 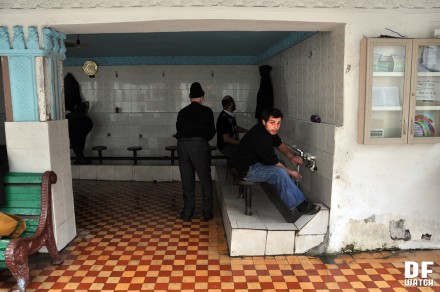 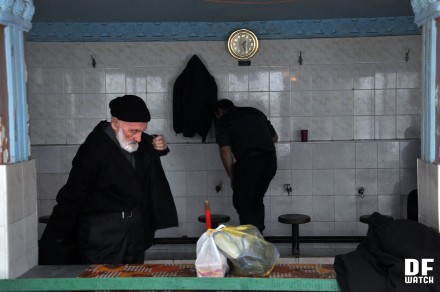