Improving the election environment in Georgia

Improving the election environment in Georgia 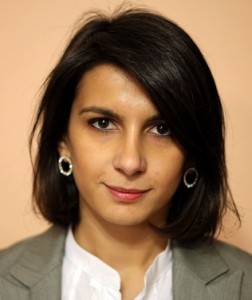 Georgian society has a history of discussions, disputes, criticism and disagreements around the election environment and election legislation. As an new election approaches, the Parliament of Georgia starts a process of amending the Election Code, and as a rule, a few months prior to the elections significant amendments are made to the legislation.

Again the county is in the same process. On September 19, 2011 parliament initiated a new draft of the Election Code, which mostly concentrates on an agreement between the political parties made prior to the initiation but also refers to some other issues, which have never been a subject of political agreement.

Both the content and the process of creating the draft law deserve attention. During several months, political discussions around the improvement of the election environment were pending in the different formats. All public interest was concentrated on this process; NGOs were actively involved in both observing it and making recommendations. Despite the high public interest Georgian society discovered, that the new draft code has been written in parliament in a secret manner. Although the topics of the agreement between the political parties were reflected in the new draft, still the presenting of the new code was a surprise and caused huge confusion in the public. The drafting of an election code was not a very inclusive process. We hope the following discussions in parliament will be more open and productive.

As for the content of the new election code, the main and the most general conclusion that could be made is following: the draft does not introduce substantial changes for improving the election environment. Rather, in some cases, proposed articles of the new Code even worsen the situation, or unspecified norms complicate the understanding of the various laws’ formulation.

A number of topics related to the election environment are considered problematic by international and local organizations, such as: the electoral system, voters’ lists, the use of administrative resources, etc. It should be noted that the draft does not introduce any effective ways for overcoming these problems, but concentrates on party financing and some other topics, which will not improve or change the election environment dramatically.
Some of the most important issues are the electoral system and limitation of the use of administrative resources.

The current rules for Majoritarian election have significant shortfalls. On the one hand, the existing system unfairly distributes mandates by election district and, on the other hand, doesn’t guarantee the proportionality between a specific party’s received votes and seats in Parliament.

The unfair distribution of mandates is evident in the case of Lentekhi and Kutaisi, to give an example. Under the current system, Lentekhi, with 6,000 voters, and Kutaisi, with 158,000 voters, have the same level of representation in the Parliament – one Majoritarian MP each. Therefore, the value of one vote in Lentekhi has 26 times the weight of a vote in Kutaisi. According to international standards, the difference between the number of voters in various territorial units should not differ from the average by more than 15-20%. In Georgia there are many voting districts that differ in the size of their population from the average by more than 100%.

Concerning the relationship between the number of votes received by a party and the seats obtained in Parliament: under the current system a party can achieve a constitutional majority in Parliament (two thirds of all seats) if, for example, it receives just 35% of the raw vote in the proportional system and its Majoritarian candidates win in every constituency (to win Majoritarian elections in a district a party must receive more votes than any other candidate and not less than 30% of the total number of votes cast). Therefore, even when a party wins only 30-35% of the raw vote, it can gain a constitutional majority in the legislature.

The recent draft of the Election Code envisages to increase the number of Members of Parliament to 190 MPs, from today’s 150 (83 MPs elected through a majoritarian system and 107 MPs elected on the basis of a system of proportionality). This change will decrease the percentage of difference between districts, but still there will be districts having 6000 voters and districts having 100 000 voters. The difference between these numbers considerably exceeds the recommended 15-20% limit.

The proposal does not safeguard the equality principle of the value of each elector’s vote according to administrative precincts. Herewith, it does not address the problem related to the ratio of votes received by political parties at the elections to the number of acquired seats in the Parliament.

It has to be noted, that according to the NDI survey results published in October 2011, only 8% of people questioned support the decision of increasing the number of the MPs.

Use of administrative resources

Before the elections we have observed instances of law violations as well as trends that do not necessarily violate specific provisions of the Election Code, but in their essence constitute the use of Budget funds, thus creating an unequal campaigning environment for the different parties.

Use of administrative resources in poorly regulated by the Georgian election legislation and therefore unequal opportunities are created for the different candidates. It shall be noted that the Venice Commission gives negative feedback to presence of the provisions in the Election Code of Georgia and considers that they contradict certain articles of the OSCE Copenhagen Document, which call for a clear separation between the state and political parties and commit the state to “provide necessary legal guarantees to enable [political parties] to compete with each other on the basis of equal treatment before the law and by the institution”.

Despite relevant recommendations coming from international and local organizations the recent draft of the Election Code does not provide any adequate regulation of this problem and the major shortcomings still need to be addressed with regard to the application of administrative resources.

Together with the topics discussed above, there are many other issues in the draft Election Code, having influence on the election environment, but the ones mentioned have a crucial impact on fairness of the process. In the future, discussions will continue in parliament and it is clear at this moment, that even though the draft code will be revised, and many provisions changed, unfortunately, discussions on the above topics are closed and no improvements on these particular issues are expected, which itself means that the necessity of improving the election environment in Georgia will reoccur again and again in the future.

Tamar Chugoshvili is chair of Georgian Young Lawyer’s Association. She graduated with a Master’s degree in public law from Ivane Javakhishvili Tbilisi State University in 2006, and has since been a lawyer, project coordinator and parliamentary secretary at GYLA before becoming chair in november 2010. The same year she was a research intern at the United States’ Library of Congress.
By Tamar Chugoshvili| 2011-12-01T22:09:44+04:00 October 15th, 2011|Categories: Opinion|Tags: election reform|0 Comments