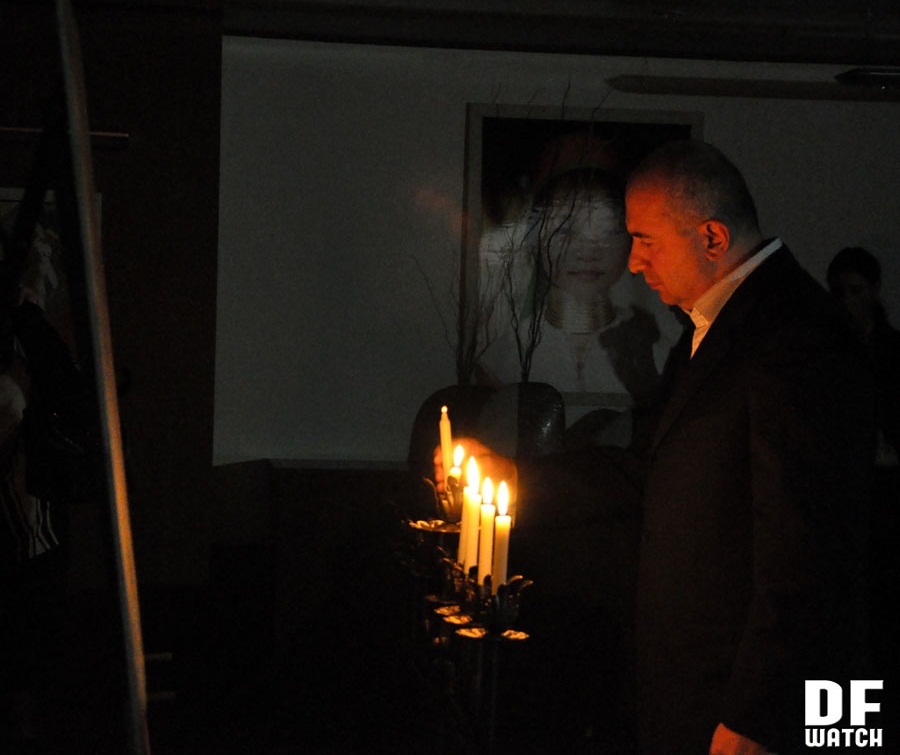 Minister for Reintegration Paata Zakareishvili said Holocaust first happened in the heads of people, then in reality. (DF Watch photo.)

TBILISI, DFWatch — Georgia marked International Holocaust Remembrance Day on Sunday, as the Ombudsman’s Office organized a meeting at Library of Parliament in Tbilisi.

There were invited representatives of different religious confessions, foreign diplomats, government officials and anyone wishing to come, to gather and say a few words to pay tribute to the victims of the Holocaust.

The UN General Assembly adopted resolution on November 1 of 2005, after which January 27 is a memorial day for the victims of the Holocaust. The date was chosen because it was the day the Red Army liberated the prisoners in the concentration camp Auschwitz.

Ucha Nanuashvili, Georgia’s Public Defender, wrote in a statement that Holocaust is a reminder for humanity that the smallest wave of intolerance can lead us to the edge of destruction of the human existence.

“Holocaust is a reminder for each of us to actively resist intolerance to race, ethnic, religious, and sexual and other minorities.”

He remembered famous Georgian cleric, theologian and historian St. Grigol Peradze, who lived in Poland during World War II. He sheltered many people during the war, but he was caught and put in jail. Then he was moved to Auschwitz.

Survivors from the camp who met him there later remembered that Peradze was together with a Jewish man with many children. The Nazis were going to send this man to the gas chamber, but Peradze felt sorry for him and took the blame on himself. He was killed December 6, 1942 instead of this man.

The Public Defender quoted him in his statement, that citizenship is about listening to the opinions of others, finding humanity in other humans and valuing it.

“Citizenship is sacrificing; self-sacrifice for another person’s happiness.”

“I think Holocaust continues in people’s heads and there are still cases when people, especially politicians, dare to make discriminatory statements towards religious, ethnic or other minorities, but which aren’t met with appropriate reaction from the society,” he said, adding that humanity experienced this tragedy and does not have the right to let such statements pass without special attention.

The guests at the meeting lighted candles at photographs of the Holocaust victims.