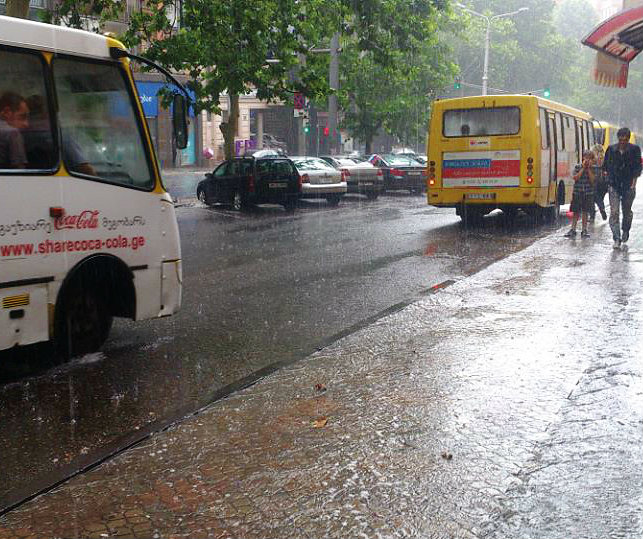 TBILISI, DFWatch–Heavy rain hit the Georgian capital Thursday evening with hail in some of districts. Rain flooded the first floors of houses and underground pedestrian tunnels.

In some districts of Tbilisi there was a short hailstorm. Interpressnews reports that a tree fell down on Vazha-Pshavela Avenue and hit a car, but no-one is injured.

According to the emergency service, crews are already working on the spot to remove water and there are also personnel working on Vazha Pshavela Avenue, where the tree fell.

There was traffic on the main streets in downtown Tbilisi, where drivers could hardly see through their windows, while Rustaveli Avenue and Melikishvili street were flooded.

The heavy rain lasted not more than half an hour. No serious damage has been reported yet.

Last week, hailstorm damaged crops in the Kakheti region close to Akhmeta, in the villages Zemo Khodasheni, Kistauri and Akhasheni. A government commission is currently working on counting the losses in order compensate damage.