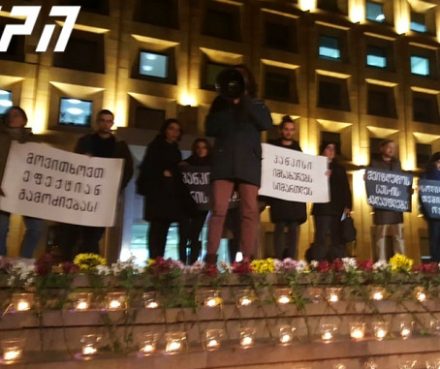 TBILISI, DFWatch–The death of a young Chechen man who was shot in an anti-terror operation last month has sparked an outcry among locals in the Muslim-inhabited region he came from, while activists in Tbilisi rallied outside the government building.

19-year-old Temirlan Machalikashvili, a suspected accomplice of the well-known terrorist Akhmed Chatayev, died at a Tbilisi hospital on Tuesday.

He was shot in the head by special forces on December 26 in his home in Pankisi, a valley region in the north east of Georgia populated mainly by Chechens.

Hundreds of Pankisi residents gathered to pay tribute to Machalikashvili as he was buried on Thursday. They believe he was callously murdered by the police. 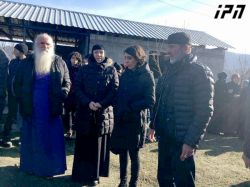 The father of the deceased Malkhaz Machalikashvili demands a fair investigation into his son’s death, otherwise he threatens to launch a personal vendetta.

“I demand that every offender is punished. The entire Pankisi Gorge demands the same. At this time, I trust the [official] investigation, [but] if they let me down, then I’ll do otherwise,” Machalikashvili told journalists at the funeral.

“Don’t urge me to annihilate [the murderer] with his entire family,” he warned, a threat directed at the government.

Several non-governmental organizations held a rally in solidarity with Pankisi residents on Thursday in front of the government building in Tbilisi, demanding a fair investigation of the December 26 police operation.

The Public Defender and several opposition parties also have raised the same demand. 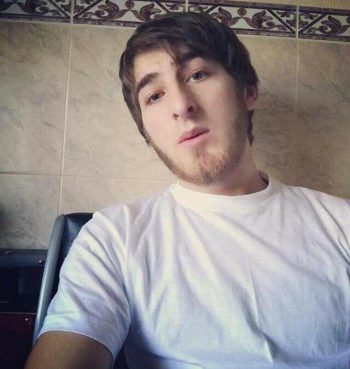 19-year-old Tamirlan Machalikashvili died from a bullet wound to the head, fired by a unit of the special police force SUS as they raided his home in Pankisi. (Interpressnews)

Tamerlan Machalikashvili was shot in the head by a unit of counterterrorism forces as they burst into his home in the village of Omalo in Pankisi in the morning of December 26. Machalikashvili was taken to hospital and fought for his life for over two weeks, but died without regaining consciousness.

The State Security Service (SUS), which carried out the operation, insists Machalikashvili was wounded as was resisting the police and that he was attempting to use a hand grenade.

However, the family of the deceased claim the young man had had no weapons and that one of the police officers opened fire unprovoked and without warning.

One theory is that the police officer shot at Machalikashvili mistaking a mobile phone for a hand grenade. 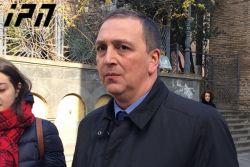 Sports minister Mikheil Giorgadze urged people to wait for the result of the investigation. (Interpressnews.)

Tensions are high among the ranks of SUS counterterrorism forces after one of its member was killed in a shootout with Chatayev and his accomplices in November, DFWatch was told by a SUS officer who was not present at the incident.

In the December 26 operation, the police raided several houses in Omalo and Duisi, Pankisi administrative center, in a search for Akhmed Chatayev’s accomplices. Altogether four persons were detained that day. All of them are charged with assisting Chatayev and other members of his terrorist ring with entering and settling in Georgia.

Georgian authorities responded to criticism by saying activists are misrepresenting what’s happening in Pankisi, which undermines the fight against terrorism. The deceased 19-year-old was suspected of links to Chatayev, whom the domestic intelligence, SUS, said earlier was plotting terror attacks against diplomatic missions in Georgia and Turkey. As previously reported by DFWatch, many young men have become radicalized in Pankisi, a problem raised by both government and locals.