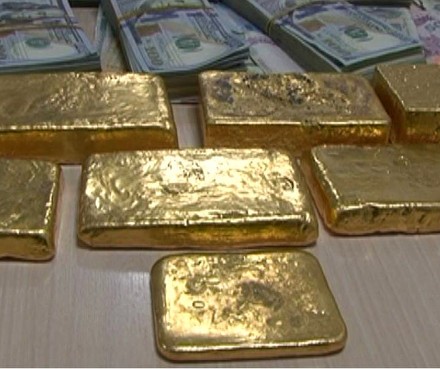 In the car of one of the detainees, there was a hidden cache where investigators found gold wrapped in black rubber. The investigative service says the gold is of the highest quality.

The two were arrested while going through customs. Gold and money was seized during a search of the car.

An investigation has been launched under article 214 of the Criminal Code. This form of crime may be punished with from 8 to 11 years in jail.