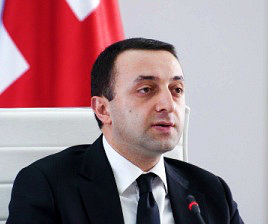 He will meet with Commissioner for European Enlargement and Neighborhood Policy Stefan Fule, and President of the European Commission Jose Manuel Barroso.

He will attend a session of the NATO-Georgia Commission and deliver a speech at a conference at the Egmont Institute.