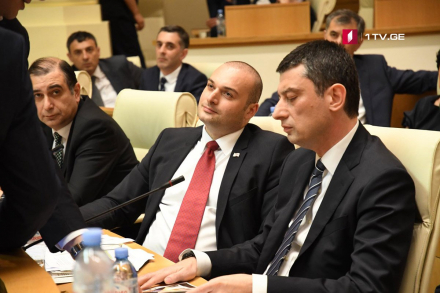 Some outlets report that Bakhtadze may be replaced by Maia Tskitishvili, the Minister of Regional Development and Infrastructure.

No specific reasons for the replacement have been named so far, however. All sources report that Bidzina Ivanishvili, the Georgian Dream chairman, has already taken the decision, which will be announced next week.

Newspost, another news agency, reported four days earlier that many GD members actively opposed these appointments, but the decision had already been taken by Ivanishvili.

Georgian Dream neither confirms nor denies the reports.

Giorgi Gakharia has become a target of criticism since a brutal crackdown on anti-Russian protesters in June 21, dubbed “Gavrilov night” after a Russian State Duma deputy’s visit to Tbilisi provoked mass unrest on Rustaveli Avenue. Since then dozens of anti-Russian rally participants and several politicians have been detained.

There have since been regular street rallies in front of the parliament building in Tbilisi, demanding Gakharia’s resignation.

Giorgi Gakharia is a graduate of Moscow’s Lomonosov Universityand regarded as one of  Ivanishvili’s closest allies. He worked as a business ombudsman since Georgian Dream snatched power from Mikheil Saakashvili’s United National Movement in 2012. In 2016 he was promoted to minister of economy and sustainable development, and the next year minister of internal affairs.