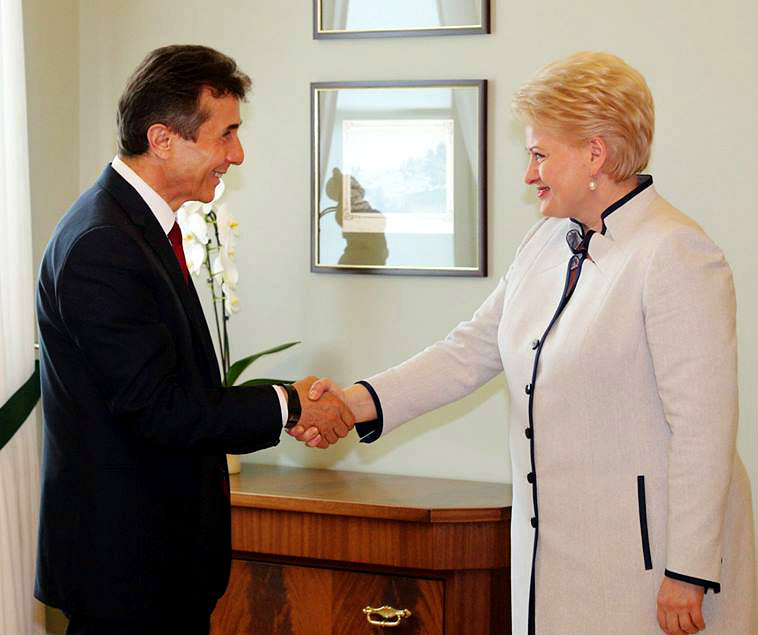 Grybauskaitė and Ivanishvili discussed bilateral relations and views on how to strengthen them.

The Georgian PM thanked the Lithuanian president for being so friendly toward Georgia and said his country appreciates being on Lithuania’s list of priority countries within a program for development cooperation.

The same day on Thursday, the PM met with his Lithuanian colleague Algirdas Butkevičius. Afterwards, Ivanishvili said that during the meeting they discussed the upcoming Eastern Partnership summit in Vilnius in November, just weeks after Georgia’s presidential election.

“I assured [him] that the election in October will be an example in the history of Georgia,” he said, and drew attention to recent amendments to the election code, which are going to be reviewed by the parliament during summer.

The Lithuanian prime minister said that there will be European observers during the upcoming presidential election in Georgia and expressed hope that there won’t be any problems and that it will be a transparent election.

The election is considered one of indicators of Georgia’s success, and the country’s performance will count at the upcoming summit, where it is expected that the EU will initiate the process towards an association agreement.

The PM’s visit continues in Poland from July 19.