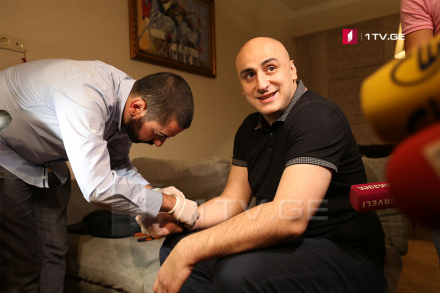 TBILISI, DFWatch–Authorities are pursuing criminal charges against several high-profile opposition figures after the June 21-22 uprising in the center of the Georgian capital Tbilisi.

Spokespersons for two major opposition parties, United National Movement (UNM) and European Georgia, claim they are being targeted for political reasons, while the government accuses the opposition of having attempted to stage another Rose Revolution.

Also former Minister of Internal Affairs Giorgi Baramidze was asked to give testimony. He served under Saakashvili in the early days after the 2003 peaceful revolution, and remains a staunch ally of his former boss until today.

Another high-profile figure to be questioned in connection with the recent protests is Irakli Okruashvili. He served as Minister of Defense at the start of Saakashvili’s first presidency, but their ways parted and recently he announced the forming a new opposition party.

The investigations are carried out by the Prosecutor’s Office of Georgia (POG) and the Ministry of Internal Affairs and deal with “organising, leading and participating in a group violence” during mass anti-government, anti-Russian protests on June 20-21.

POG said Thursday that their investigation which included analysis of evidence and questioning of tens of witnesses, has made them reach the conclusion that “in the night of June 20-21, 2019, some individuals planned to violently overthrow the government and seize power.”

“It was established that the first phase of implementation of this intention was aimed at taking over the Georgian parliament by an assault, which would lead to further criminal actions throughout the country. These [plans] were neutralized by the direct efforts of the law enforcement agencies of Georgia.”

“Accordingly, legal qualification has been specified in the criminal case and the Ministry of Internal Affairs will continue investigation […] which implies a revolt in order to overthrow and seize the power. In the nearest future the number of accused will increase, and the society will be periodically informed,” the POG said in the statement.

Earlier, on June 26, the POG indicted Nika Melia, the head UNM’s political council, and one of the most active opposition leaders, for “organising, leading and participating in group violence committed on June 20-21, 2019 in front of the Parliament under Article 225 of the Criminal Code of Georgia.”

Parliament then stripped him of his immunity as an MP, upon which he was brought before a court, which released him on bail under strict conditions. Melia will remain in house arrest and will have to wear an electronic bracelet.

Ugulava said on Thursday that he opts to be questioned in front of a magistrate. Okruashvili and Baramidze have said the same.

The government accuses the opposition of a failed attempt to take over parliament building by storming it and overthrowing the country’s legitimate authorities, akin to what happened in the Rose Revolution in 2003.

Nika Melia’s emotional speech outside the old parliament building in Tbilisi during an anti-Russian rally on June 20 evening was assumed by the government and prosecution as a direct call to stage a riot.

The opposition denies these accusations and claims that authorities are engaging in politically motivated persecution.

Mass protests started on June 20 when at a session of the Inter-Parliamentary Assembly on Orthodox Christianity at the old parliament building in Tbilisi, Russian Communist and member of State Duma Sergei Gavrilov was offered to preside over the event sitting in the speaker’s chair.

The symbolism of Gavrilov sitting in the old speaker’s seat in the parliament building triggered outrage across Georgian politics and society. A group of angry opposition MPs rushed to Gavrilov and forced him to leave the parliament. Then he was confronted by opposition youth at the Radisson Blu Iveria hotel and the authorities had to literally evacuate him.