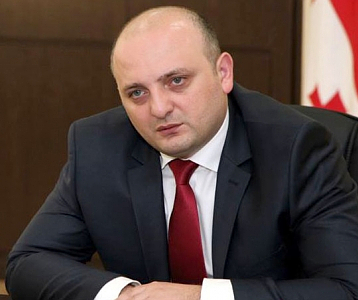 TBILISI, DFWatch–Defense Minister Mindia Janelidze has confirmed after five months that he talked on the phone with his predecessor Irakli Alasania, who was then visiting France. But he denies what Alasania claims he told him on phone in that conversation.

Former Defense Minister Irakli Alasania, leader of the opposition Free Democrats, accuses the ruling coalition of turning away from a foreign policy course of seeking closer integration with Europe.

The dismissed minister claimed earlier to have been ordered by Janelidze to not sign a defense contract during a visit to France last October. He claimed Janelidze conveyed this order to him by phone, but that the order came from the PM.

Later Alasania said that the government got this order directly from the Minister of Foreign Affairs of Russia, Sergey Lavrov.

For the past five months, Alasania and his allies have repeated these claims, while Janelidze, the PM and other government members have categorically denied.

PM Garibashvili last Thursday said at a press conference that Alasania and the former ruling party National Movement are attempting to discredit Janelidze.

After that Alasania said he would present evidence on April 1, but then postponed it to April 3.

April 1 a short documentary was published with the title ‘They know me badly’, in which Alasania recalls Janelidze’s call to him in France before the signing of the document.

He remembers that Janelidze called him in the name of the PM and asked him to abstain from signing the document and find a reasonable way out of the situation. He also remembers that he tried to call the PM, but failed, because the PM was busy.

For five months Janelidze denied that he called Alasania and even said that such a treaty ‘had never existed in nature.’ But Wednesday he said that he did, in fact, call Alasania and asked him not to cancel the signing, but postpone it for a few days.

“I reminded Alasania of the necessary procedures he had to follow and to postpone the procedure of signing for a few days,” he told journalists on Wednesday without specifying what procedures he meant.

Alasania plans to hold a press conference on Friday.