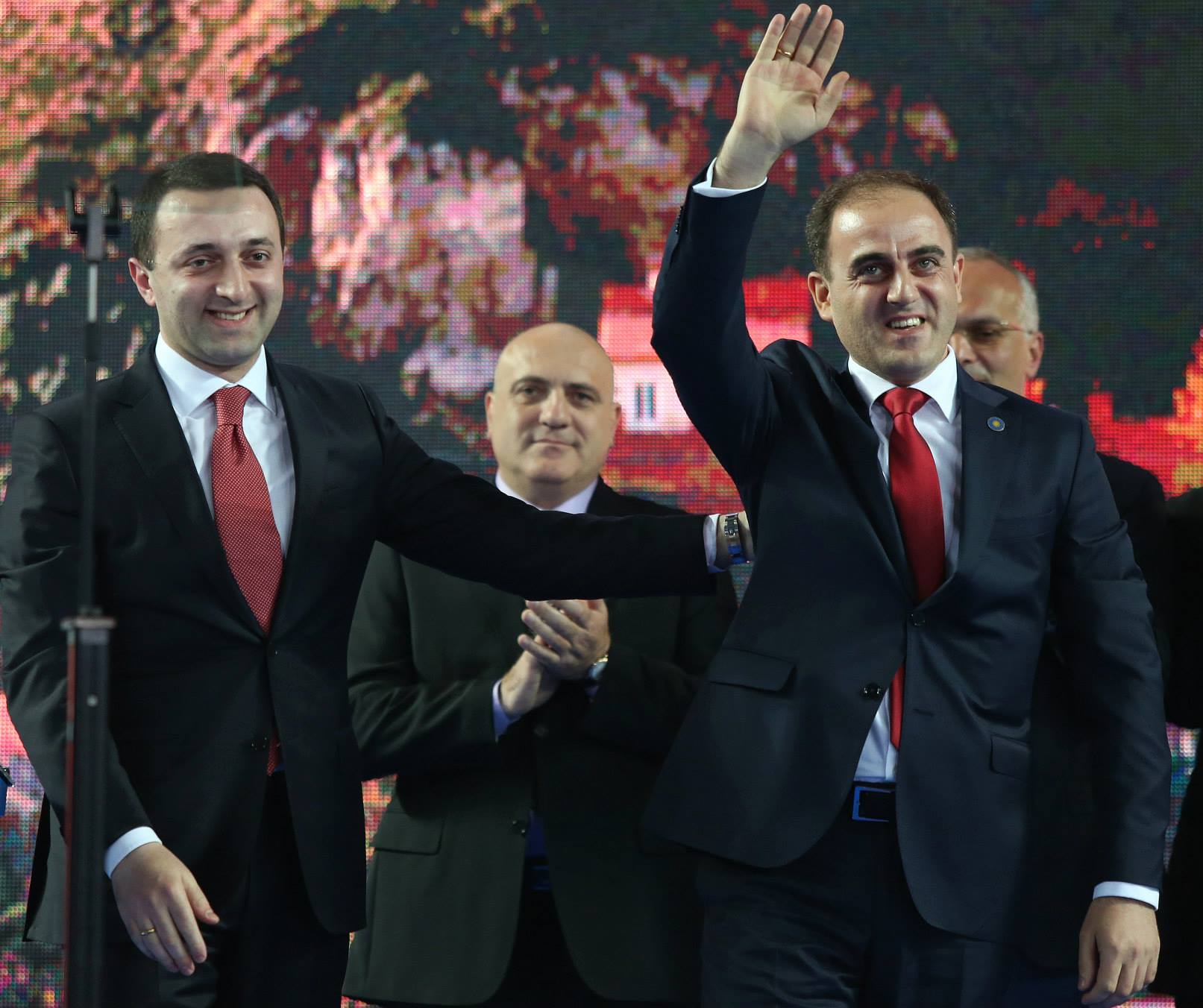 The main event at Sports Palace in Tbilisi gathered up to 12,000 people and included MPs, government members, party activists and guests.

It was also attended by ex-Prime Minister Bidzina Ivanishivli, who hasn’t appeared in public for the last few months, sparking speculation that he had left the country, not least since he is planning to sell off his main asset here: Cartu Bank. 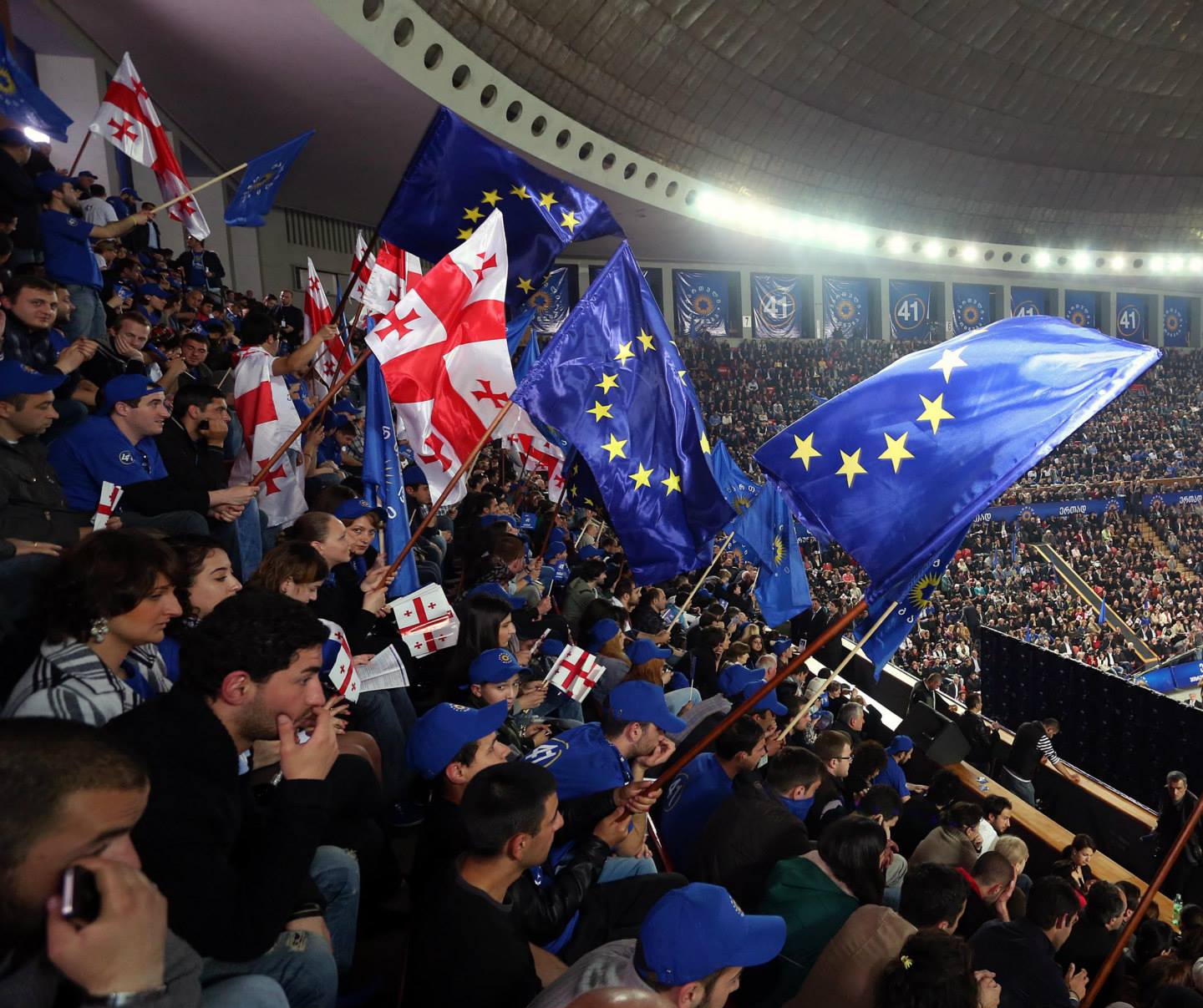 The event was held at Sports Palace in Tbilisi. (Facebook.)

Prime Minister Irakli Gharibashvili, who is believed to be a close associate of Ivanishvili, said a few days ago that reports that Ivanishivli is planning to leave Georgia are untrue. A few days after this statement, the former PM met with members of the Georgian Dream coalition but didn’t make any comments to the media. He also didn’t wish to comment on Saturday.

The local elections will be held on June 15. This is the first time there will be direct election of mayors. Last time, in 2010, only the mayor of Tbilisi was elected. The number of local counties increases from four to twelve. 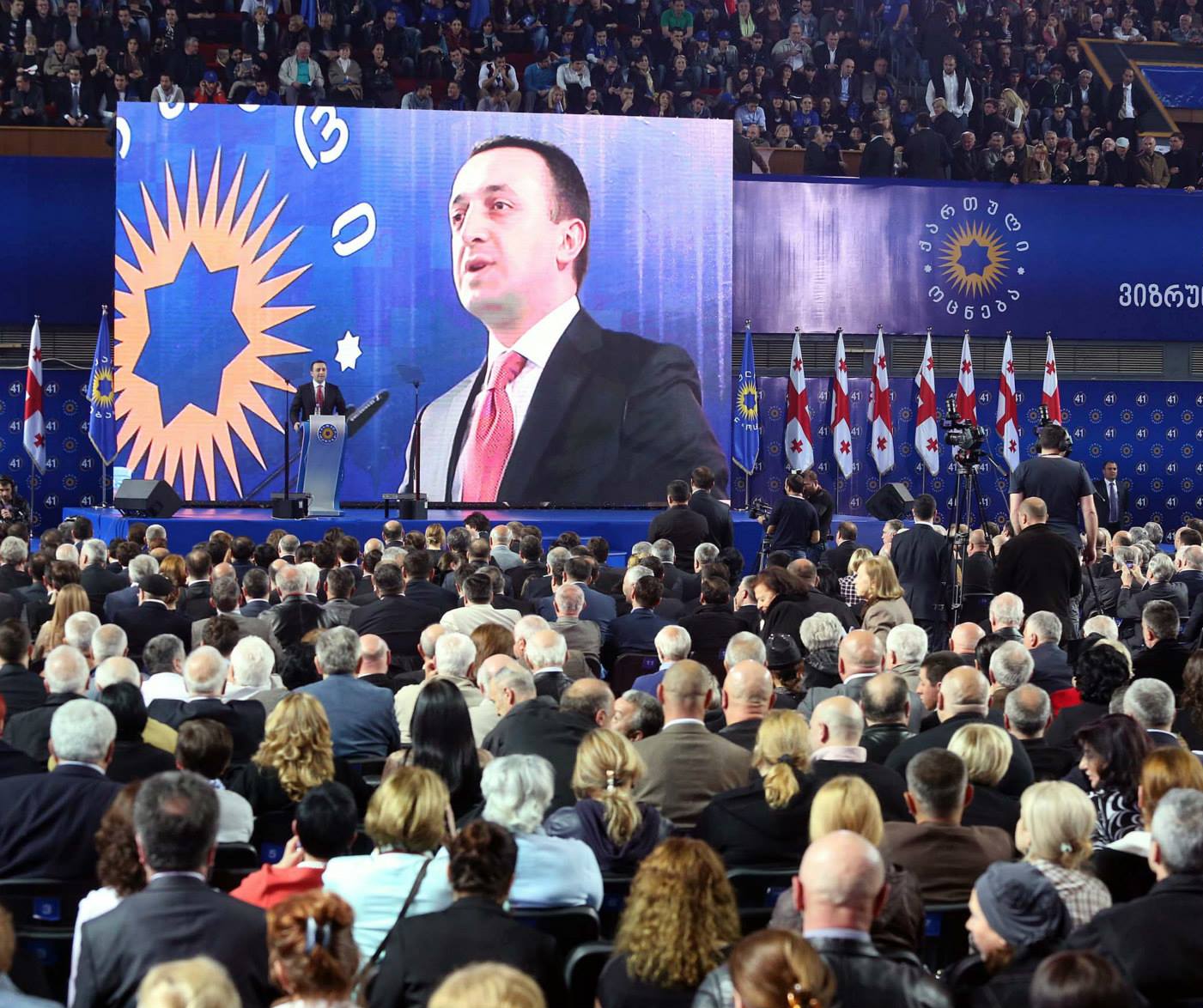 Another novelty this year is that the lower threshold to elect mayors and heads of municipalities, so-called gamgebelis, will be 50 percent. Members of city councils will be elected by both the proportional and the first-past-the-post, or majoritarian, system, as it used to be in previous elections.

Most of the names unveiled at the event are new to the Georgian public. Some argue that prime minister is selecting candidates without asking other members of the coalition. In addition, almost no-one from the coalition knew the names of the candidates. These candidates and their background are mostly unknown for the media. Earlier, party representatives used to publish the biographies of party candidates.

Davit Narmania, who Ivanishvili named candidate for Tbilisi mayor a few months ago by, came into the government after the parliamentary election in 2012. He served as minister of infrastructure and regional development, but resigned in order to take part in the election campaign.

Prime Minister Irakli Gharibashvili presented the candidates. He said he is confident that Georgian Dream’s candidates will win. He wished all of them good luck and called for Georgian Dream supporters to use their vote.

“We will win and we will govern our country together. Let’s take care of Georgia together,” he said.

He also talked about his political priorities and said Georgia will become a leader in the region.

“I can boldly say that people aren’t afraid of their government anymore.”

Gharibashvili said he thinks Georgia must become a democratic, just, peaceful and attractive country and the local elections will be one more step toward a strong Georgia.

“That is why it is important to conduct a free election with high democratic standards. This is our goal and our obligation to people,” he continued.

Among the candidates, Narmania was the only one who addressed the guests. He said this election will be the first time ‘government will actually be handed over to the people.’

“One party, one goal, final victory – this is our strategy. Let’s take care of Tbilisi together.”

The most interesting of his promises is that he is willing to plant one million trees in the capital during his mayoral term. He promised to mend the drainage system and declare the river Mtkvari as a recreation zone. He also promised to take care of homeless Tbilisians; to improve the infrastructure of refugee settlements, to construct and refurbish kindergartens, to support small and medium businesses in order to create more jobs.