Protesters weary of RMG’s intentions at prehistoric mine

Protesters weary of RMG’s intentions at prehistoric mine 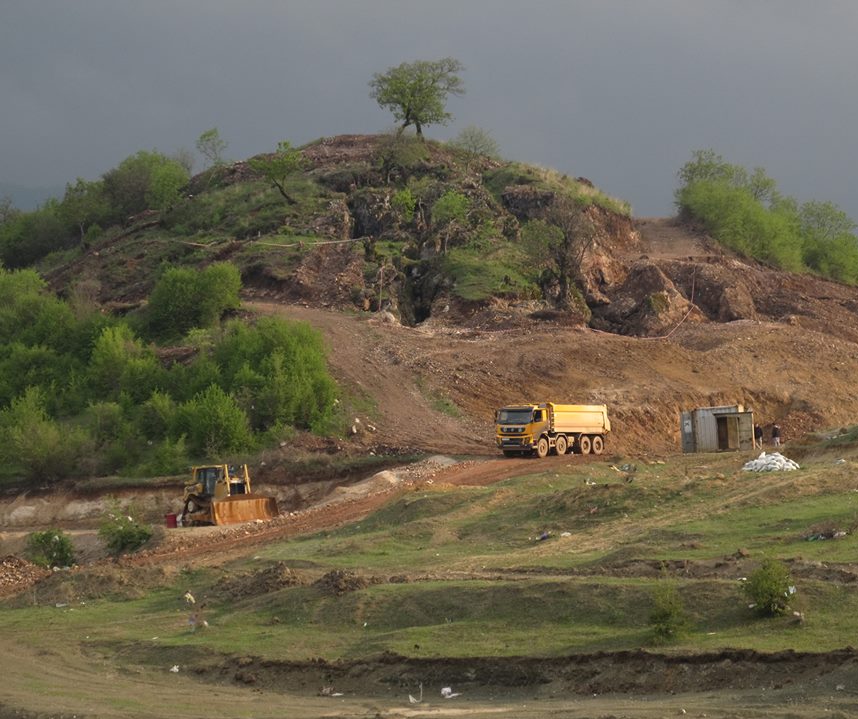 RMG Gold says it intends to dig in the area as long as it has a right to do so. (Photo taken by Green Fist.)

TBILISI, DFWatch–Students, youth and environmental activists are still camped near a prehistoric gold mine in south Georgia, weary that a mining company might begin digging at the still sparsely surveyed archaological site.

About a week ago, Culture Minister Guram Odisharia said as he visited the contested site in Sakdrisi that all kinds of work would be suspended so foreign experts could conduct a study there. 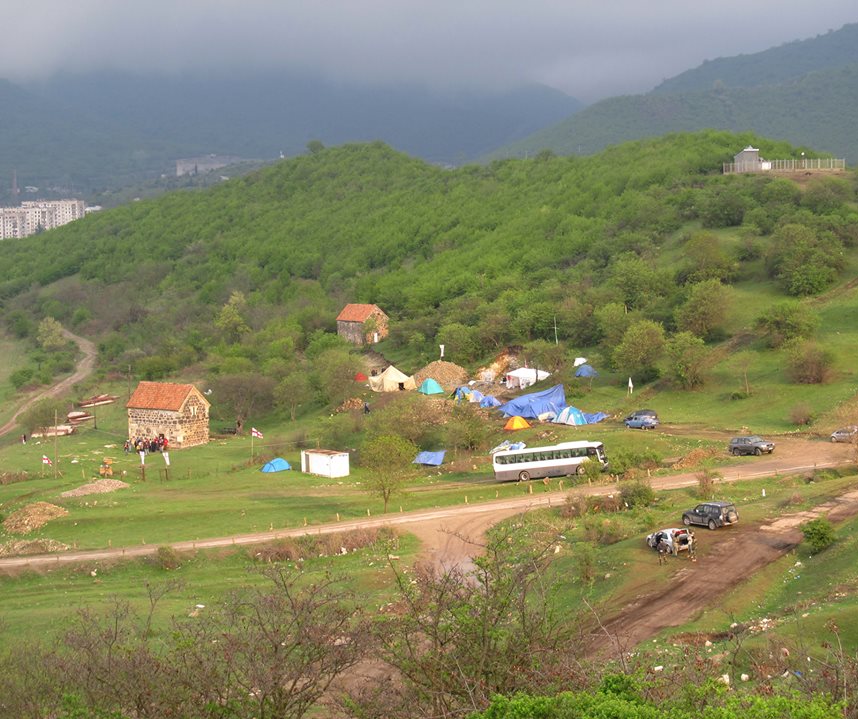 For the last two weeks, the hard core of activists has been working shifts guarding the entrance to the mine to control the situation there and not allow the excavation work to continue until the experts have arrived.

Robi Kukhianidze, a well-known Georgian singer, visited Sakdrisi and the small tent town on Sunday to hold a concert and support their protest. He said he is not being paid anything for the concert.

“My friends are here and I came to support them,” he said.

The Swiss ambassador and the deputy ambassador of Germany also visited Sakdrisi on Sunday to observe the situation.

At a briefing by protest organizers, former Deputy Culture Minister Marine Mizandari, who was allegedly fired due to her views about the Sakdrisi mine, said that RMG Gold, the mining company that wants to mine at Sakdrisi, has not stopped but continues to dig, which jeopardizes a historical monument. The group demands a stop to any kind of works in the area until a scientific study has been conducted.

RMG Gold confirmed that they are indeed continuing the mining work at the Sakdrisi site, and points to the fact that they have a license and are following the rules of their license.

“The company is  actively cooperating with the Culture Ministry and the National Agency for Cultural Heritage Protection and is ready to take every step with them,” Interpessnews quotes an RMG representative as saying.

Meanwhile the hard core of activists, or initiative group as they are called, say they have no plans to leave any time soon, but intend to remain camped at Sakdrisi until foreign experts have arrived and had a chance to start carrying out their assessment of the site, which by some accounts has 5,400 years old traces of human activity.