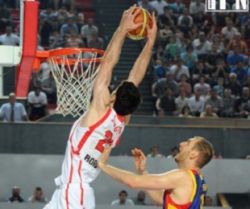 Georgia won 90-91, which was quite surprising as the team was losing the game almost before the fourth quarter. Zaza Pachulia scored the most and added 25 points during the match while Tornike Shengelia contributed 20 points.

The return match against Portugal will be played on August 24 in Tbilisi.

The team will play against Hungary again on August 24 and against the Czech Republic on August 20.