Georgians waiting to see what the EU treaty will bring

Georgians waiting to see what the EU treaty will bring 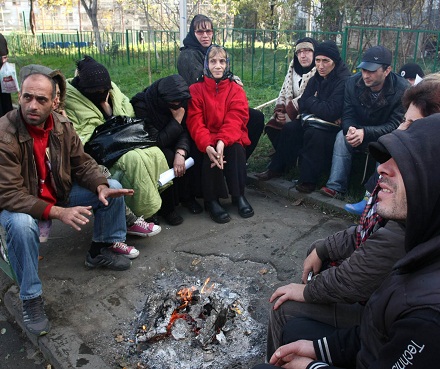 Socially vulnerable are in difficult situation in Georgia. (Interpressnews.)

As ten days are left until the signing, there is little debate among ordinary Georgians about what the treaty will really mean to this mostly agrarian society where little is left of the protection the state once offered citizens.

It is not yet certain whether Georgians will be able to travel to Europe without a visa, as visa free travel is not included in the deal. But the bumpy gravel roads, which are making daily life a hassle in most places away from the main highways, may be improved. The EU continues to support Georgia financially and will allocate 30 million euros for Georgia’s Regional Development Program.

When he visited June 12 and 13, EU Commission President Jose Manuel Barroso said the new treaty will bring reforms that will make Georgia more similar to a European member state, both economically, socially and politically. He said European values would be strengthened, which he defined as mutual respect and tolerance.

But Barroso also promised Georgians that public spending will be cut. He said Georgia has a potential to save around 90 million euros annually. It’s unclear how that will benefit the broader population, as there already is very little in way of public safety net after a decade of liberal reforms during President Saakashvili. A tentative state health insurance program is in the early test phase, but little else is planned to ease the pains of poverty.

In the field of education, Georgia spent around five percent of its GPD on this in the mid nineties. In 2004, after the Rose Revolution, the number had fallen to half of that, and in 2011, it fell even further to below two percent, according to data from the World Bank.

On the other hand, Barroso highlighted the potential in having free trade access to the EU market and said he believes Georgia can increase its export by 12 percent after the treaty is signed on June 27.

In the longer term, Georgia has set out an ambitious plan to develop its untapped hydro power potentials, in an effort to reduce its dependence on Russia for energy supplies. Georgia’s export is already growing, before having free trade with the EU. Much of that growth comes as a result of a taw in relations with Russia, which opened for wine export there. If Georgia signs the EU treaty, that export could be jeopardized, Russia has warned.

“It concerns both our bilateral [Russian-Georgian] relations and financial-economic consequences, which we will have to elaborate by taking into account Georgia’s joining the EU [Association] Agreement,”Lukashevich said during a press conference in Moscow on May 22.

But Barroso insisted during his visit to Tbilisi that Russian President Vladimir Putin has given him a personal promise not to interfere with Georgia’s and Moldova’s signing of Association Agreements with the EU on June 27.

“Russian President Mr. [Vladimir] Putin told me […] that Russia did not intend to have any kind of negative action against Georgia, when Georgia signs this agreement with the EU. I hope that President Putin will stand by his own word,” Barroso said.

Some politicians in Tbilisi fear that the breakaway regions Abkhazia and South Ossetia now will be annexed into Russia, after what happened in Crimea. Those fears were amplified by a recent election in South Ossetia, where the party that won ran on a platform to ask to be absorbed by Russia.

Moldova’s Transnestria region, also a unrecognized breakaway territory where Russia has stationed its soldiers, has already asked to accede to Russia, following the Ukraine crisis. There is a fear in Chisinau that Russia could try to intervene and expand the Transnestria region to its borders during the Soviet Union, as Romanian president Traian Basescu has claimed.

In the beginning of May Moldova stationed its military along the Ukrainian border and put them on high alert.

Further clarification of Russia’s stance is expected with a visit to Moldova by Foreign Minister Sergei Lavrov probably on June 18.