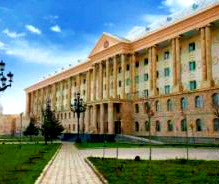 51% of Georgians think the courts are extremely or very corrupt. (Interpressnews.)

TBILISI, DFWatch–Georgia has one of the lowest rates of bribery among the 107 countries included on the Global Corruption Barometer survey, but 51% think the courts are extremely or very corrupt.

Georgians still perceive the judiciary, the media and parliament as the most corrupt institutions in society, while religious bodies were found to be seen as the least corrupt.

“The results underline that there is a strong need for a continuing reform of the judiciary, which has been started in recent months. But we also need extend reforms to the prosecutor’s office, which remains a very powerful body that often appears to be highly politicized rather than being a body that is truly independent from the government, so that citizens develop a strong trust in the independence and fairness of law enforcement and the court system”, says Eka Gigauri, Executive Director of Transparency International Georgia.