Georgians detained in Italy for murder of Rus mafia boss

Georgians detained in Italy for murder of Rus mafia boss 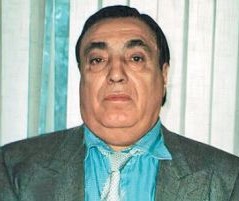 TBILISI, DFWatch–Police in Rome have detained three Georgians who are suspected of murdering the Russian mafia boss Ded Hassan in January, 2013.

76 year-old Aslan Usoyan, also known as Ded Hassan, or Grandpa Hassan, was shot in the head by a sniper when he was leaving a restaurant in Moscow.

Ded Hassan was born in Georgia and considered a leading figure in the Russian mafia underworld. After three convictions from 1966 to 1968, he became a so-called ‘thief in law.’

Giorgi Gurchiani, Irakli Pipia and Roin Ugulava, also thieves-in-law, were detained in Rome, along with four other Georgians.

All seven are suspected of attacking to Davit Ozmanovi, another figure in the crime world. Police think this attack led to a war between two criminal clans, one led by Tariel Oniani, a Georgian mafia boss, and one headed by Aslan Usoyan, a war which resulted in the assassination of the latter.

According to local media, the operation to detain the Georgians took place at the end of last week, but was reported on Tuesday evening.

Investigators say the three Georgians were attending a so-called session of thieves-in-law in Rome, at which a decision was made to murder Hassan.