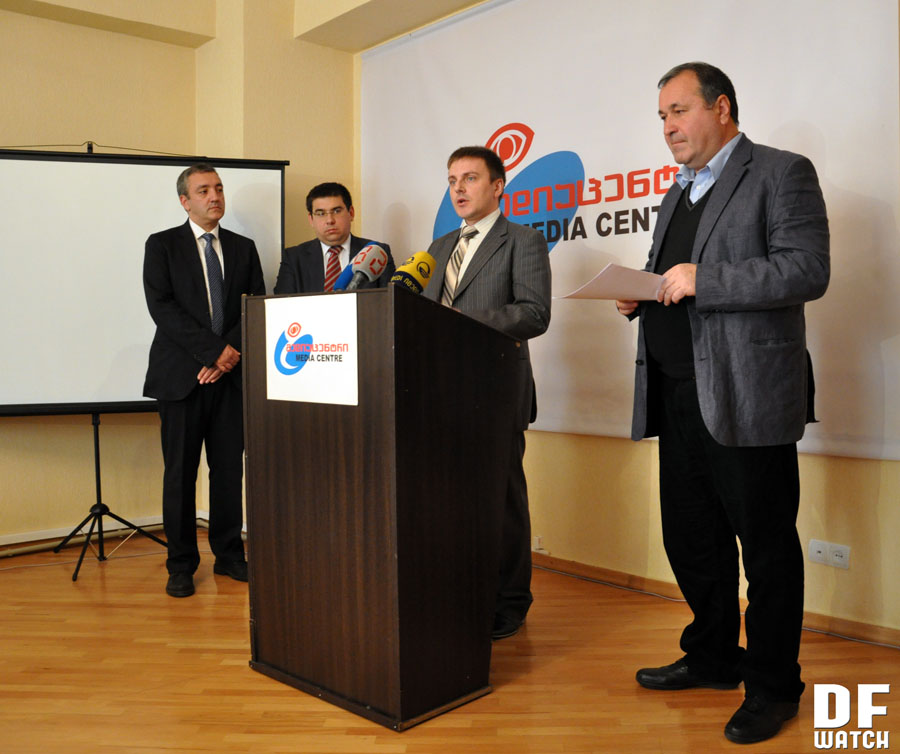 The task force consisted of seven observers from Belarus, Azerbaijan, Armenia, Moldova, Ukraine and Poland, and they monitored the election process at 41 precincts in Tbilisi, Rustavi and Mtskheta.

One of them, Suren Saghatelyan, said as the team presented their report Tuesday that the election was transparent and peaceful.

“In a majority of precincts there were virtually no complaints from observers or representatives of the candidates,” the report reads.

There was a calm atmosphere with no queues outside polling stations, but there were some exceptions. At some precincts, the premises were too small, which crowding.

One of the major problems discovered by the team, Nikolae Panfil from Moldova said, was that despite every polling station contained special tables for disabled people, the majority of the buildings were not able to accommodate people in wheelchair, especially if the precincts were on the second or higher floors.

But he also noted that blind people could vote without any problems with special ballot papers printed in Braille font.

Task force members observed violations at PEC 70 of DEC 3, where representatives of the Georgian Dream coalition assisted commission members in carrying out their duties.

“A similar case took place in another commission, where we found that a representative of the Georgian Dream was telling the head of the commission what to do,” the report reads. “Also the Task Force found that Georgian Dream has sponsored the refreshments for members of PEC 43 from DEC 3. This behavior led the TF team to surmise that voting was under the supervision of the ruling authorities.”

Local observers from PEC 7 of DEC 4 informed TF members that two people came to vote with fingers that had already been applied ink to, but were allowed to vote again.

Among other problems, the observers list the presence of political campaign material closer than 50 meters to the voting stations, and careless storage of the voting material.

“In one case, the use of a car belonging to the Georgian Dream for the transportation of the mobile box by the PEC members to the voters.”

Grzegorz Lewocki from Poland said the group underlines that it is positive when civil society is involved in the election processes and it is a good thing if this engagement becomes stronger.

They also recommended using more technology, for example having computers for electronic registering, which would exclude the violation described above, when a person comes to vote, he or she will be registered in the online list, and if he or she attempts to vote for a second time, commission members will check whether they have already voted or not.

TF also proposes to ensure continuous training of the PECs members and also accustom buildings where polling stations are located to people with disabilities.

Despite the irregularities, the observes have an overall positive evaluation of the election. The report quotes one of the local observer about the election:

“Nothing dramatic is happening. At last we are a normal, boring democracy.”

The program was initiated by Georgian National Platform of the Civil Society Forum, and Liberal Academy of Georgia organized its implementation.