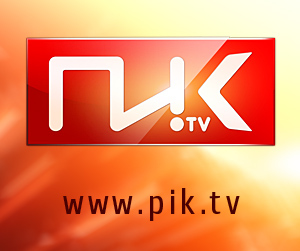 TBILISI, DFWatch–A parliamentary commission in Georgia has exposed how one television station was operating for years without a license during Saakashvili.

The channel, Alania, was found to have close links to the government while Saakashvili was in power and though operating without a permit, no-one intervened.

Alania is the Ossetian name for Ossetia, and one former official describes its mission as ‘spreading pro-Georgian information and propaganda’ into that breakaway region in the years leading up to the brief 2008 war in which Russia intervened.

The investigative commission concluded that Alania TV had been broadcasting with the support of the government and in violation of law for years.

The commission concluded that the case of Alania TV is ‘unique’.

TV Company Alania started broadcasting on its frequency range in 2005.

“This is confirmed by a speech of Mikheil Saakashvili in 2007, when he said that he was an active viewer of Alania, despite some forces attempting to obstruct its signal in the border regions.”

Alania’s broadcasting is also confirmed by the official response of Georgia’s TV-Radio Center. We read in the letter: “[…] in July 2007, on the grounds of a verbal decree issued by Dimitry Kitoshvili, head of the Communications Commission, the TV and radio transmission systems of Alania were located in different regions except Tbilisi, specifically on the TV tower in Gori, Bekami, Borjomi, Aspindza.”

According to the letter, the installation in Gori was carried out by employees of the Interior Ministry. They also controlled that the systems worked without interruption.

“Despite our request to make the location of the equipment official, it didn’t have any results until 2010. We can note that broadcasting in Tbilisi was carried out on the 35th frequency channel.”

The interesting thing is that several journalists in 2007 were having communication with Giorgi Arveladze, the former chairman of the Communications Commission. The latter didn’t confirm in these official letters that a such TV company existed. He said that he didn’t have any information about it. The head of the legal department of the commission used to claim the same in his public speeches.

“Even though journalists officially informed the Communications Commission about the fact that there was illegal broadcasting, and later prepared an investigative film about this issue, no government bodies reacted to this violation of law,” the investigative commission writes.

TV company was finally granted a license on May 16, 2008. But despite making the broadcasting ‘official’, the report says, Alania continued to violate the law after May 2008, and the commission continued to ‘not notice’ it.

For example, for two years after receiving a license, the company kept its relationship with the TV tower unofficial and this way avoided paying taxes.

“It is clear that the TV company was broadcasting from 2005 to May 16, 2008, and used to use the frequency resource in violation of law, but no-one was held responsible for broadcasting without a license.”

“An interested person, who for years used to violate the law, received a license immediately after applying without problems. It is also important that after four days from granting the license to Alania, the Communications Commission stopped giving broadcasting licenses for three years,” the report continues.

The report also discusses the financing of the company.

“Unfortunately, most of the information which we received from the Interior Ministry is ‘top secret’ and so we don’t have a right to speak about it in an open parliamentary session and public documents, but the commission has a right to confirm that from the day TV company Alania was founded, it was financed with state means, because many witnesses confirmed it.”

The investigation found that information is publicly accessible after 2009 about one part of Alania’s financing, which the company used to receive from open state sources, but it hasn’t been known to the public before.

By decree number 2297 dated December 1, 2011, 1 500 000 lari was allocated for the effective management of the broadcasting and supervisory activities of GPB’s third channel.

In addition, financial assistance for the company was allocated several times after this. Later, the TV company PIK, formerly known as Alania Ltd, was once again sold. Its shares were registered on Shviesa Ltd on October 30, 2012.

The company presented a declaration to the Communications Commission on November 20. December 4, 2012. The Communication Commission warned TV company Pik about the violation and indicated in the warning that the declaration didn’t consist of precise data. It also pointed out that access to its webpage was restricted as of November 16, 2012.

Former Prime Minister Vano Merabishvili on October 3, 2012, after the parliamentary election, transferred 5 300 lari to one of the owners of PIK, Darius Iurigilevichus, as a bonus. November 18 he transferred 3 300 lari.

Several days after transferring the bonus, Iurigilevichus became the owner of PIK. October 29, 60 percent of the company’s shares was given to Shviesa Ltd, a company that was created four days before.

The report underlines that even though Alania made its activity official in May 2008 and received a license, the company retained its relations with the TV tower for two years and this way avoided paying fees.

The Communications Commission didn’t react to this.

The report sayd that the situation was ‘hilarous’, because for two years the TV company was broadcasting illegally and then received a license and after that, the company didn’t have any contract with teh TV tower, which formally proved that the company wouldn’t have been possible to broadcast.

In addition, Karlo Kvitaishvili sent a letter to the investigative commission on July 18, 2013, which indicates that Alania never sent documentation of its financing for 2010-1011 as it was obliged to by law, but Kvitaishvili writes that the Communications Commission didn’t take any measures.

In order to check information, the investigation commission invited everyone who had any type of information about Alania to an open session in parliament. Former heads of the Communications Commission attended the session.

Dimitry Kitoshvili confirmed that he knew from the government representatives, ministers, their deputies that Interior Ministry was preparing a TV project in order to spread pro-Georgian information and propaganda into South Ossetia.

As for the broadcasting in Tbilisi, Kitoshvili explained that he learned about this from Boris Adamia, who represented Georgian TV-Radio Center.

Giorgi Arveladze said that Alania used to be in ‘chronic violation of the law’ but managed to get within a legislative framework after he tried to. Arveladze couldn’t say why the Communications Commission didn’t announce a competition for free frequency.

The Investigative Commission also listened to a representative of Alania, Alexandre Parulava, who confirmed the ties between Alania and the government during the Saakashvili regime.