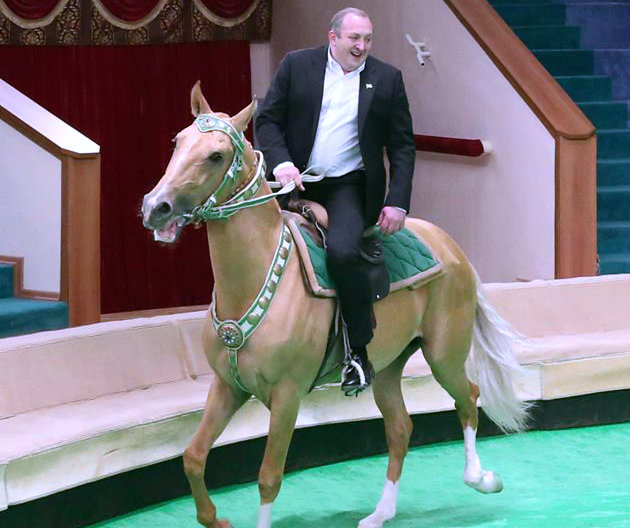 People travelling with him say the business leaders in Turkmenistan are interested in the investment environment in Georgia.

This was the first visit to Turkmenistan by a Georgian president since 1997, and it will be reciprocated by a trip to Georgia in the near future by Margvelashvili’s colleague Gurbanguly Berdimuhamedow.

After the meeting, Berdimuhamedow and Margvelashvili held a joint press conference. The Georgian president thanked his colleague for supporting Georgia’s sovereignty and territorial integrity, and for not recognizing the independence of the breakaway regions Abkhazia and South Ossetia. He said Georgia and Turkmenistan have a common view on cooperation in the Eurasian region and a potential for economic development.

In connection with the president’s visit, there was a show featuring Turkmen horses of the Akhal-Teke breed. Margvelashvili rode on one of the horses at the international horse sports complex of Turkmenistan.

At the end of his visit, there was a dinner at the president’s palace.