Georgian PM’s visit to US postponed

Georgian PM’s visit to US postponed 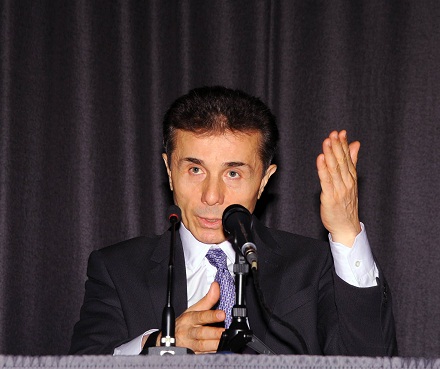 TBILISI, DFWatch — The Georgian Prime Minister’s visit to the US has been postponed until next year. Bidzina Ivanishvili explains that too many problems arise when he leaves the country.

The only thing he said was that Georgia’s western course remains unchanged and that his visit to the US, which was expected by the end of November, has been postponed until next year.

“The visit to Europe showed me there are is so much works here that those 3-4 days when I didn’t manage to be part of the team too many problems arose,” he said. Mr Ivanishvili did not specify what problems there had been in his absence.

The PM said the US has accepted Georgia’s postponement.

“The planning of my visit to the US will start next year. November 29, Maia Panjikidze leaves and she will meet with the Secretary of State and other officials.”

Ivanishvili remarked that there will be meetings on a high level. The rescheduling of his visit won’t change anything, and Georgia will remain devoted to its own course.

“The US supports us in relations with Russia and I don’t think this visit would have principally changed anything. This would have been a visit of handshaking, and accordingly it won’t harm if we plan it for next year and if it will be longer. They understood this well in the US,” he said.

As for Russian relations, the PM excludes a visit to Russia on this level.

“It won’t happen, due to a simple reason: that Russia has embassies on Georgian territories – Abkhazia and so-called South Ossetia,” Ivanishvili says, noting that there can be meetings outside Russia – in Europe or other places.

“I cannot go to Russia under those terms. But it is early to speak about meetings outside [of Russia], as there is no answer from Russia.”

The Prime Minister remarked he is somewhat disappointed that there were no responsive steps from Russia after he appointed a personal representative for Russian relations.

Nonetheless, he hopes Russia will analyze all this and be possible to having relations.