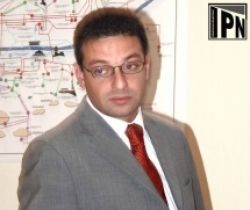 TBILISI, DFWatch — A friend of the Tbilisi Mayor suspected of money laundering was today released on a USD 90 000 bail for 30 days.

Tbilisi City Court today heard the charges and was asked to hold them in preliminary detention until the trial, but released Kelbakiani on bail, while Archil Chigogava was given pretrial detention.

Prosecutor Elizbar Gozalishvili said there is reasonable suspicion that that detained may hide or leave the country or even harass the witnesses.

But defense lawyers asked to release both detainees on bail.

The court set 30 days bail for Giorgi Kelbakiani. The trial is scheduled to start January 16, 2013. The crimes they charged with are punishable with up to 12 years in jail.