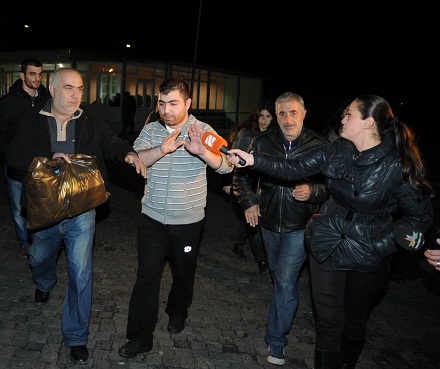 Four of the ten intelligence personnel accused of illegal surveillance and blackmail were released on bail this morning. (IPN.)

TBILISI, DFWatch — The Appeals Court released four out of ten employees of the Constitutional Security Department of the Interior Ministry from pretrial detention on Thursday evening.

All of them left prison at about 04:00 in the morning.

November 15, ten employees of the Interior Ministry were detained, charged with blackmail and illegal deprivation of freedom, as well as making illegal secret recordings. The case was related to a former guard for Prime Minister Bidzina Ivanishvili, who went missing the day before the election and reappeared after the election.

Tbilisi City Court sentenced all of them to preliminary detention until the trial, but the Appeals Court November 22 agreed with defense lawyers in four of the cases.

The rest were sent back to Prison No 8 in Gldani, Tbilisi.