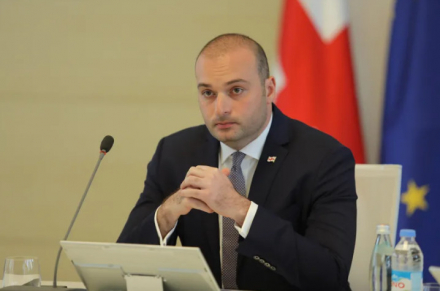 Mamuka Bakhtadze announced his resignation on Facebook, stating that his mission has been accomplished. (Interpressnews.)

Announcing his resignation on Facebook, the outgoing PM also confirmed his allegiance to the ruling Georgian Dream party.

In the more than 4,000 words long statement, Bakhtadze asserts that it was his own decision to resign.

“The purpose and main mandate of my nomination for the post of Prime Minister of Georgia in 2018 was to create and implement a strategic development framework for the country, which would ensure the achievement of our state goals in the coming years, and would become a development guide for the country.

“A strategic development framework has been created, implemented and therefore I decided to resign because I believe that I have fulfilled my mission at this stage,” Bakhtadze writes.

He assures Georgian Dream that he remains “a team member” and “a faithful soldier”.

The prime minister is the most powerful office under the Georgian Constitution. Mamuka Bakhtadze served about 14 months but was widely regarded as a nominal figure, mostly serving a ceremonial role. His resignation was anticipated by several media outlets.

Giorgi Gakharia, Minister of Internal Affairs, is regarded as his most likely replacement. However, some media have also named former PM Irakli Garibashvili and incumbent Minister of Regional Development and Infrastructure Maia Tskitishvili as candidates for new PM.

GD will nominate the next PM at a party meeting on Tuesday.