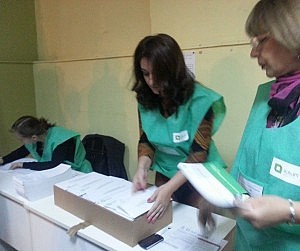 TBILISI, DFWatch–The president of Georgia on Tuesday announced that the parliamentary election in 2016 will be held on October 8.

“I want to inform the public that the date of the parliamentary election is set for October 8. Tomorrow, the prime minister will receive the documentation for signature,” President Giorgi Margvelashvili said at a briefing held after meeting with Prime Minister Giorgi Kvirikashvili at his residence in Avlabari, a district of Tbilisi.

The last parliamentary election was held on October 1, 2012. It was won by the Georgian Dream coalition, which defeated the then ruling National Movement party.

The election campaign officially starts as soon as the document about the election date is published, in accordance with the Election Code.