Georgian parliamentarian swamped by protesters calling him a “Russian slave”

Georgian parliamentarian swamped by protesters calling him a “Russian slave” 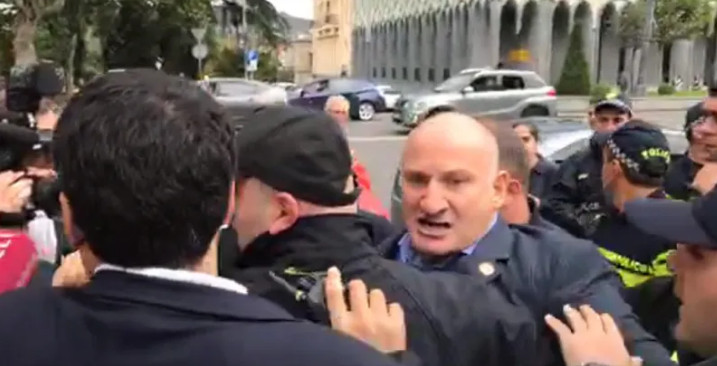 Member of Parliament Emzar Kvitsiani was seen physically assaulting several protesters after they called him a “Russian slave”. (Interpressnews.)

TBILISI, DFWatch–A brawl broke out at the parliament building in Tbilisi Sunday, after anti-government protesters yelled at a MP that he was a “Russian slave”.

Emzar Kvitsiani, an MP representing the far-right Alliance of Patriots and once a militia commander in Kodori Gorge, physically assaulted several members of the anti-government rally at the  entrance to the parliament building in Tbilisi, and even spit of one of them in the face, protesters say. 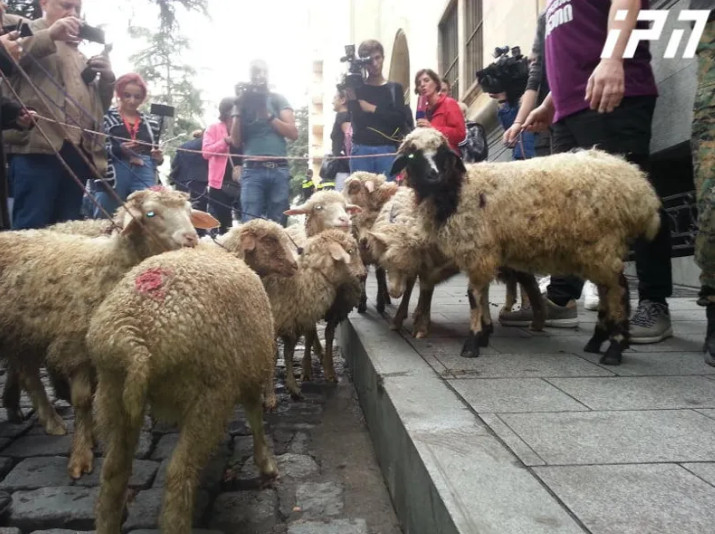 Later, police said that Emzar Kvitsiani was being called in for questioning.

Parliament will Sunday vote to approve the new cabinet, which will be headed by Giorgi Gakharia, incumbent Minister of Internal Affairs. He is seen as responsible for the brutal dispersal of a rally on June 21, dubbed “Gavrilov night” by the opposition.

The protesters brought several sheep to the parliament building Sunday, saying that MPs are acting like sheep, taking orders from Bidzina Ivanishvili, the Georgian Dream leader.