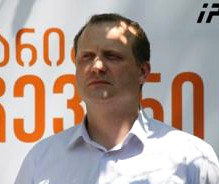 TBILISI, DFWatch–A political party in the former Soviet republic Georgia has launched an unusual campaign to legalize marijuana: If the parliament doesn’t decriminalize the weed by the end of the year, they will plant the narcotic plant in their office on New Year’s Eve.

The relatively new party which was formed earlier this year said on Wednesday at a briefing that the government should soften its approach to drugs and the legalize the use of marijuana.

Party spokesman Zurab Japaridze called on parliament to pass a bill already this fall that will decriminalize the possession and consumption of the plant; a proposal which parliament already has discussed but rejected at the first hearing in March.

Japaridze has given parliament a deadline before the end of the year; otherwise, his fellow Girchi members will publicly plant a marijuana plant in the party’s office when the New Year countdown starts on December 31.

“We are addressing the government and the newly elected parliament and demanding from them to change the strict drug-related legislation. On the one hand, we ask the government to make consumption of marijuana and other drug substances produced from it fully legal, and on the other hand, legitimate the cultivation and storage of the weed,” he said.

Consumption of marijuana, which grows in the wild many places in Georgia, was not considered a criminal offense until 2006, when president Mikheil Saakashvili launched an anti-drug campaign. Between 2008 and 2013, thousands of Georgians were detained and forced to undergo drug tests.

Japaridze said the party understands that by planting marijuana they would violate the Criminal Code.

“But we are not crazy people who have nothing better to do than making such a statement. We have families and we have a lot of important things to be done, but for us this is a political act. It is the fight for freedom in a particular way,” Japaridze said.

Under current Georgian legislation, possession of a small amount of marijuana is punishable by a fine of up to 500 lari (USD 200) or up to one year in jail. Selling of drugs is punishable by up to 11 years in jail.